Vertebral re-education with the Feldenkrais® method 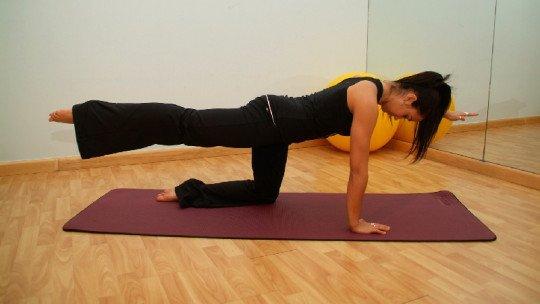 The work talks about the Feldenkrais Method® and its application to back care. The author illustrates how it is possible to improve spinal function and posture efficiency through an educational program based on conscious movement. The methodological principles set out are the result of a concrete experience in a "school of the back".
Over the course of 10 years, hundreds of people have followed a program that has led them to improve their movement and spinal health. In the working groups attended for many months, the principles of the Feldenkrais® Method were applied, combining and integrating, according to the cases and following a preliminary kinesiological - postural assessment, individual sessions with group sessions.
The method used, the Feldenkrais® Method, is an educational system that uses balanced movement, breathing and neuro-muscular relaxation to help people get to know themselves, improve their functions and achieve psychosomatic balance. The improvement of individual functionality is developed through the expansion of the motor heritage by perfecting the dynamic relationship within the person and in relation to gravity and the environment.
The method, used all over the world with multiple fields of application, has proved to be very effective in spinal re-education: its approach allows to change the behaviors responsible for chronic tension or pain.
The Method takes its name from Moshe Feldenkrais, a brilliant Russian-Israeli scholar passionate about psychomotor skills and re-education, who developed it to rehabilitate himself from a knee accident and, once healed, decided to spread its benefits all over the world.
It offers the possibility of improving one's efficiency and developing one's potential through group lessons, called "Awareness through movement"(CAM) and individual lessons, known as"Functional integration" (IF).
CAM lessons consist of gently exploratory motor sequences, organized around a specific human function (walking, bending, reaching out, sitting, etc.). In the examination of each function, thought, perception and imagination are involved.
The student, guided by the teacher's voice, performs unusual movements in a slow and relaxing way, listening to the sensations that accompany them. As children do when they learn to move, the many possibilities are explored, the habitual patterns are changed and the intimate wisdom of the body is found.


in Functional integrations the teacher lends the sensitivity of his hands and his motor awareness to help the person expand and reorganize those habitual movements that are unsatisfactory or that are altered by injuries. The hands guide a non-verbal dialogue.

The aim of the work is to propose a new operative idea of ​​approach to back pain and postural education. The basic idea is to create a bridge between an "unconventional" and empirical technique such as the Feldenkrais Method and an approach, based on scientific evidence, to back care.
The work describes the methodological principles followed, summarized in the "seven golden rules" (pleasure, breathing, listening, slowness, pauses, comfort, organization) and the intermediate objectives necessary for the achievement of vertebral well-being: relaxation, analgesic situations, awareness of the body in a dynamic situation, respiratory education, global and segmental vertebral mobilization, targeted toning and dynamic postural education.

The results of the experience presented will be systematized in a research project, now in progress, on the basis of scientific evidence. Currently, in the vast majority of cases treated with some continuity, the following results have emerged:

The people treated have acquired the awareness that only constant care of themselves and their back over time provides stable results in terms of efficiency and well-being.

Compared to other approaches, the following experience has focused on two fundamental aspects: firstly a conception of back re-education according to a global approach, in which the biomechanical component is integrated with the neuromotor and psychomotor one.
The author found in the Feldenkrais Method® a movement education system at the service of the person's balance and health. The line followed was to improve body awareness in order to abandon the perspective of limited therapy over time to follow that of education and self-care. The goal is to teach people to be the interpreters and not the passive spectators of their spinal health.
The second aspect concerns the development of the program in a climate of multidisciplinary collaboration, the only one, in the author's opinion, capable of solving a problem such as that of back pain, which affects various scientific fields.
We navigate in a research sector where medical, physiotherapy, psychological skills and, last but not least, skills relating to motor and postural education meet. For these reasons, the work made use of the precious collaboration of many specialists together with whom we took care of the health, including vertebral, of the people involved in the research.

The exposition of the operative idea and the experience carried out highlights how it is possible to create structural and methodological conditions in which people, in a favorable and positive climate, can solve sometimes disabling problems such as those of back pain and postural alterations.
The approach shown, with the systemic and psychomotor cut of the Feldenkrais Method, allows to:

add a comment of Vertebral re-education with the Feldenkrais® method