Author and references
gymnastics of maximum effectiveness for today's man 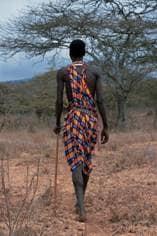 Unlike all other quadrupedal mammals, humans have to wait around 6 years to get one stable posture. In fact, at the age of 5-6, the vertebral curves are formed and stabilized and this happens thanks to the external proprioceptive maturation of the foot which is therefore primarily responsible for the modifications of the vertebral curves in an upright position. At the same time chewing (with the appearance of the first molars) and swallowing mature. The dentition that the child forms, starting from the first year of age, is formed according to the occlusal plane which, in turn, is determined by his posture (the jaw seems to follow the pelvis like a shadow), which gradually moves assuming, but also of the use of the tongue which, with its 17 muscles (extrinsic more intrinsic), together with the foot, turns out to be the most important organ-functional conformator. In fact, the tongue directly influences the mandibular and maxillary growth and the morphogenesis of the dental arches; the functionality of the chewing muscles will inevitably have to support the disharmony present with reflections on the most important muscle chains. An inappropriate alignment of the head implies, given its weight (equal to about 1/7 of the body weight in the adult) and its position, compensations of the whole body thus potentially triggering a vicious circle of ascending-descending perturbing effects.

At birth, the nervous circuits predisposed to walking are already present, however, in order to allow adequate and indispensable musculoskeletal development, they are temporarily inhibited by the higher centers. Posture as a voluntary act thus becomes a maturation and learning phenomenon. At about one year, walking first learned and then automated begins. Only at about two years of age, following the development of related structures, the automatic control is efficient. The complete development of the postural function (postural tonic system) usually takes place around the age of eleven and then remains stable until the age of 65.
L'balance and movements are guaranteed by important physiological mechanisms to which the vestibular functions (labyrinth), cerebellum, reticular formation, visual receptors and, to a lesser extent, auditory, touch and pressure exteroceptors (of the plant feet in particular) and proprioceptors of joint capsules, tendons, muscles and viscera (enteroreceptors).
In general, the motor system, like a cybernetic system, contains brain representations, engrams, consisting of the set of motor experiences memorized by the individual, which allow an anticipatory decision-making mechanism (feed-forward) with respect to the motor behavior that is about to be put in place. This mechanism transforms the engrams into a nervous code which, through the brainstem and then the medullary pathway, reaches the peripheral muscle motors; mental energy is thus transformed into mechanical energy or into movement.
so that it is harmonious, even the smallest of movements involves more and more muscle groups, which are recruited in a hierarchical temporal manner, thus acting in a coordinated manner, as if they were a single muscle (motor coordination). The choice of movement is determined quickly and harmoniously by the feed-forward system, thanks to the engrams, while the control is carried out by the retroactive system, or by the feed-back system, constantly alert during the action. Any changes in movement, necessary due to perturbations, are actually carried out by correction mechanisms which are also anticipatory (feed-forward), therefore based on engrams; this allows for greater effectiveness in terms of time and manner.
Rhythmic motor activities, such as walking and chewing, have the characteristic of being generally voluntary at the start and end, reflexes, i.e. managed automatically by proprioceptive reflexes, in particular simple ones which have the great advantage of speed (40 m / s for fast ones), for the rest of the duration. The brain provides the spinal cord with the desired value, this value is compared with the actual situation, that is, with the real value, which is measured by a specific sensory receptor. By comparing real and ideal values, the spinal cord regulates the type of performance that the muscle in question must perform.
This complexity of action-reaction mechanisms, present in postural management, necessarily requires that all the functions relating to the control of movement and posture are distinct but interdependent. The management of the execution of the movement is, at the same time, hierarchical and parallel. The hierarchical organization allows the development, in the lower levels, of important reflex mechanisms (medullary short-circuiting by means of spinal reflexes or trunk-brain by means of trunk-brain reflexes), thanks to which, the higher levels can only give general commands without having to detail the act motor. However, thanks to the parallel modality, the higher levels can interact directly on the lower ones, integrating and alternating, in an immediate way, functions (this aspect is fundamental in the functional recovery of some lesions of the central nervous system); for example, the spinal cord alone is not able to guarantee a smooth and safe walking.
All this makes us understand how the posture, in static and walking, requires more levels of nervous control, as the antigravity action requires a wide and complex coordination. Through the mechanisms described above, skin stimulations are able to modulate very complex reflexes with remarkable postural functions. Hence the importance of the terrain and footwear in determining postural attitudes, therefore in creating brain engrams.
The fundamental role of the connective system in determining posture and motor patterns should also not be overlooked. Any cause capable of modifying (for better or for worse) the balance, wherever placed along the cephalo-podalic axis, will have immediate reflexes, transmitted ascending or descending along the muscle chains and the connective network, on all the others. body segments. Thus a reprogramming of the postural system and of the balance takes place, which involves changes in the main afferent pathways, both functional and, after a certain period of time, even anatomical, determining a new motor engram. programmed motors, the more we will reinforce, like a mental neuroassociative conditioning, that motor engram.


Other articles on 'Postural and posture gymnastics'