From the extracellular matrix to posture. Is the connective system our true Deus ex machina? 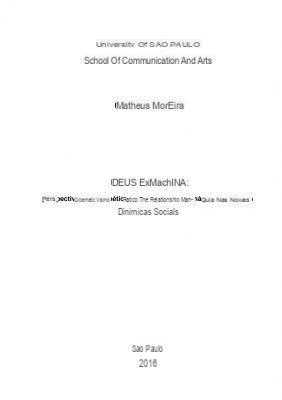 2) Under the superficial fascia there is the deep fascia, also called cervico-thoraco-lumbar, which represents a rather cohesive cylindrical layer around the body (trunk and limbs). It consists of irregular dense connective tissue, formed by wavy collagen fibers and elastic fibers (arranged in a transverse, longitudinal and oblique pattern) and forms a membrane that covers the external muscular part. This sheath, developed around the notochord (which forms the embryonic median axis), covers the body extending from the skull, at the level of the margin of the jaw and the cranial base with which it is fused (and from which the skull is formed which however forms part meningeal layer having the same embryological origin), from here it goes towards the upper limbs (until it merges with the superficial fascia at the level of the retinacles of the palm of the hand) and anteriorly passes under the pectoral muscles, covers the intercostal muscles and the ribs, the abdominal aponeurosis and connects to the pelvis. The deep fascia turns posteriorly connecting to the transverse processes and then to the spinous processes thus forming two compartments (right and left) containing the paravertebral muscles.
At the level of the sacrum, this fascia forms an unbearable "knot" (as it is fused with the bone) in which the various fascial compartments of the body converge and from which the portion of the deep fascia that runs through the lower limbs departs merge with the superficial fascia, at the level of the sole of the foot in the retinacles of the talus.
A distinctive feature of the deep fascia is that of forming structural and functional compartments, that is, containing certain muscle groups with specific innervation. The compartment also confers specific morpho-functional characteristics to the muscle: a muscle that contracts inside a sheath develops a pressure that supports the contraction itself. The transversus abdominis muscles constitute the active part of the thoraco-lumbar fascia.
At the level of the single muscle, the deep fascia comes into contact, through the septa, the aponeuroses and tendons (formed by parallel and almost completely inextensible collagen fibers), with the epimysium (fibro-elastic connective tissue that covers the entire muscle ). The epimysium extends into the muscle belly forming the perimysium (loose connective tissue that lines the muscle fiber fascicles) and the endomysium (delicate lining of the muscle fiber).
In physiological conditions, these septa and coatings allow the sliding of the muscle fibers as well as their nourishment. This fascia is directly linked both anatomically and functionally to the neuromuscular spindles and to the Golgi tendon organs (Stecco, 2002).
Like the superficial fascia, the deep fascia is poorly vascularized (surgical incisions are often made where the fascia overlaps or merges as the strength of these areas allows for secure anchoring and easier scar repairs) and provides passageways for nerves and vases.
As discussed in the chapter "Biomechanics of the deep fascia", the latter is of enormous importance from a postural point of view.
The cylinder constituted by the deep fascia contains two further longitudinal cylinders placed one behind the other and forming, the anterior one, the visceral fascia and the posterior one the meningeal.
3) The cylinder placed anteriorly inside the deep fascia, called visceral or splanchnic band, is a fascial column that forms the mediastinum, extending from the mouth to the anus through various portions with similar structure and embryology: it starts from the base of the skull, extends down along the median axis (endocervical fascia, pharyngeal), forms the covering film the parietal pleura of the lungs (endothoracic fascia), crosses the diaphragm, surrounds various areas of the abdominal cavity enveloping the peritoneal sac (endoabdominal fascia) and extends to the pelvis (endopelvic fascia). The major portion of this fascia is located around the thoracic organs, on the median axis, where it forms a column, the mediastinal compartment of the thorax. The thoracic mediastinum then continues with the abdominal one, also acting as a large duct for fluids. At the abdominal level, the endoabdominal fascia departs from the axial column to completely cover the suspended organs and then rejoins with it (the mesentery is rich in this fascia). In some places the visceral fascia tends to specialize (e.g. it thickens around the kidneys to protect them).
This band therefore has the great advantage of being able to create compartments but, being also a fat deposit, it can create mass problems by deforming the body cavity. Eg. in the obese, a structural, therefore functional alteration of the diaphragm can occur: if the increase in endothoracic mass is such as to push the ribs outwards, this causes a flattening of the diaphragm so that by contracting, instead of functioning as a vertical muscle that lowers by lifting the ribs, pulls the rib edges inwards, turning into an expiratory muscle. In this situation it will be impossible to carry out a physiological deep breathing and it will be necessary to resort to short, superficial and frequent breaths with all the health consequences deriving from this.
Some researchers consider this fascia to be one with the deep one.
4) The posterior cylinder, contained in the deep fascia and placed behind the visceral fascia, represents the meningeal fascia which encloses the entire central nervous system.
The cranial bone, practically suspended on the meningeal material, has a neuroectodermal origin, developing from the cranial base by differentiation of the cells of the cranial neural crest; it is therefore part of the meningeal layer (and not of the cervico-thoraco-lumbar layer which stops, as we have seen, at the cranial base). Removing the occipital bone leads to the dura mater, the upper starting point of the meningeal fascia which extends down to about the XNUMXnd sacral vertebra through the dural sac (containing arachnoid, pia mater, spinal cord, sacral cord, spinal spinal roots , nerves of the cauda equina and cerebrospinal fluid). The meningeal fascia has a protective and nourishing function of the central nervous system.

Audio Video From the extracellular matrix to posture. Is the connective system our true Deus ex machina?
Postural System and Ergonomics ❯

add a comment of From the extracellular matrix to posture. Is the connective system our true Deus ex machina?