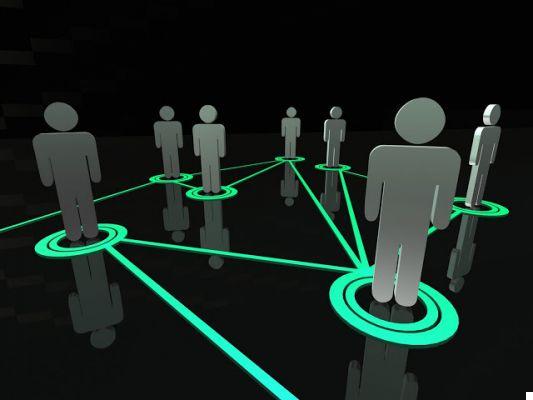 People share stories, news and information
with others. Before the internet existed this process took place with the
word of mouth, verbal communication in the first person; the classic means
in conclusion. Now that the social networks o social nets, e-mail,
smartphones and tablets permanently connected, it is possible to share
information that is of interest to us more quickly and easily. To
however, not all content found on the internet is shared
in the same way and, above all, more importantly: what motivates them
people to share this information?

According to Jonah Berger, a professor at the University of
Pennsylvania emotions play an essential role in our desire to
share stories. Also, those news that stimulate ours
emotionality and cause a certain level of arousal, they will be much more likely
to be shared through social networks. Thus, the simple activation
of our autonomic nervous system spurs us to social sharing. In an earlier study this same psychologist discovered
that the most shared stories taken from the New York Times, had something in
common: they evoked positive emotions or in the absence of these, they provoked
very intense and negative emotions such as anger. On the contrary, the less stories
shared were those that evoked sadness. Based on these results, Berger wondered why
of this selective behavior. To answer this question he prepared two
experiments. The first involved 83 volunteers, students, to whom
short videos were shown that generated a certain level of anxiety o
fun (emotions that both produce high levels of arousal), e
videos that generated sadness or a little joy (emotions that caused
less excitement). They were then presented with an article and a
emotionally neutral video and asked if they wanted to share it
with friends and family. The results left no doubt: who experienced the
increased excitement showed a greater tendency to share content
of the article he had read. In the second experiment 40 students were involved
who had to run (task designed to increase excitement) or
that they remain quiet in their place for a minute. Later, he wondered
them to read a neutral article and wondered again if they wanted to
share it by email with friends. Again, those who
they had exercised and were more excited,
they showed a greater tendency to share information. Emotions such as fear, anger or the
fun, are accompanied by a strong excitement which, it would seem,
encourage us to share information. We emphasize that by excitement we mean
that state of physiological and psychological activation that determines alertness e
attention and strongly affects the performance of the individual. Obviously, this doesn't mean other factors
content-specific: such as novelty, quality, or importance,
do not affect the fact that news spreads more easily than
another one. In fact, well beyond what
we can be excited, logic makes us believe that we share what we
it is interesting. However, what a majority of people do
it might seem like an insignificant discovery, in the context of advertising e
the creation of videos and content that you want to disseminate in a manner
viral, it could have a huge impact.
Dreaming: 3 Amazing Dream Effects ❯