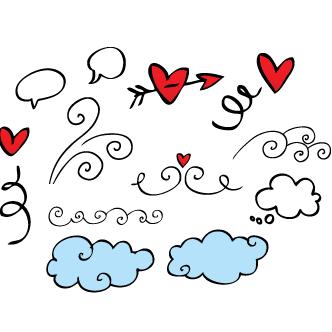 Scribbling is something we have sooner or later
all done. And it is certain that at first glance it may seem like a waste of time, but
a curious study developed by the University of Plymouth, ensures that they do
scribbling promotes mental focus and stimulates memory. The researchers involved 40 people in one series
of experiments in which they had to listen to a call on the phone
lasting two and a half minutes and, later, they had to remember the names and
the places mentioned therein. Half of the volunteers drew on a
sheet of paper while listening to the phone call and the other half was free of
do what he wanted. Eventually all the volunteers were asked to
write eight names and eight places of those mentioned in the telephone message.
Surprisingly, those who drew on a piece of paper remembered the
29% more information. Because? Researchers believe that you scribble while you
work can help us focus our attention on a boring task.
This implies, on the one hand, that we will not focus 100% on the goal
main but on the other, it prevents our mind from wandering towards other themes
which can turn into real distractions. In short, scribble
it would prevent you from "daydreaming". What are the brain mechanisms that could
hide behind this phenomenon? A very plausible explanation is that
the scribbles simply help maintain a level of attention
optimal that keeps us awake and focused on the topic, especially when
this is so boring to us that it would normally cause us to lose attention
quickly.
Men are more reactive in the face of danger ❯