Men are more reactive in the face of danger 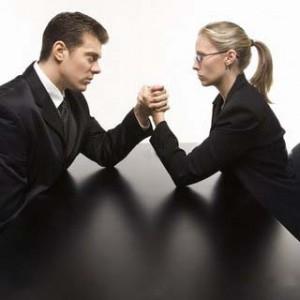 Men and women react differently to dangerous situations. The reason is not only social but also genetic, written in their brains. Or at least that's how the functional magnetic resonances which were carried out on forty volunteers (21 men and 19 women) ensure. The study was developed by the University of Krakow with forty volunteers who were exposed to images of danger. Thus, it was possible to determine that men pay more attention to sensory aspects and tend to process them as consequent actions while women focus more on the sensations they experience when faced with danger. Volunteers were shown images in which dangerous situations were represented. The women showed intense activity in the left region of the thalamus, the one responsible for transmitting sensory information to the pleasure and pain centers of the brain while the men showed more intense activity in the left area of ​​the insula, which carries out a essential role in the control of involuntary functions such as breathing and digestion. This means that men in front of images showing danger show an activation of brain areas that lead them to react immediately with a fight-or-flight response. On the other hand, when people were shown positive images, in women the areas related to memory were activated while in men simply the areas of visual processing were activated. Thus, women tend to quickly associate images with emotions while men exhibit an almost immediate response in actions. These results join a previous study developed in the English MindLab Institute in which it is ensured that men tend to wake up immediately if they hear the sound of a car siren indicating a possible theft, the howling of the wind, the flight of a mosquito but they are more "deaf" in the case of a newborn crying. The most important sound to which women present an immediate response.
Emotional Granularity: Feeling hopeless is a good sign ❯