La rye it is a mountain cereal, rich in nutritional properties. For the high content of fibers it is useful for the intestine and intestinal flora, but it also has an action antiarteriosclerotica. Let's find out better.

> 1. Description and varieties of rye 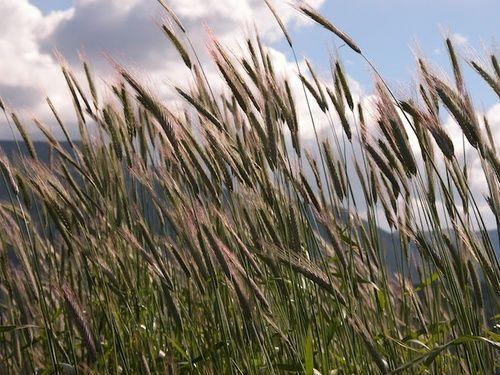 Description and varieties of rye

La rye is a plant belonging to the Graminaceae family present for centuries in human nutrition, cultivated like all cereals for their particular fruits which from a botanical point of view are defined kernels but commonly and improperly called "seeds or grains".

The success of cereals depends on several factors such as, the adaptability to the different environmental conditions, the ease of storage, the high digestibility, the neutral taste that can be combined with many other flavors, their versatility of transformation (they can be consumed whole, floured, sprouted, etc.) and the low demand for labor .

Rye (Secale cereale L.), also known as rye, is a mountain cereal that adapts well like oats even at high altitudes and resists cold climates; it grows in difficult and poor soils (steppe, heath) and matures quickly.

It probably originates in western Asia and follows, as a weed between wheat and barley fields, wheat crops gaining ground in colder climates.

In recent centuries wheat has largely replaced several cereals but rye is, even today, extensively cultivated in the countries of Germanic culture, in Russia, in France and in the northern country (Trentino-Alto Adige, Friuli, Lombardy and Piedmont) where it even becomes a staple food.

In the world, 10 million hectares are cultivated, with a production of over 20 million tons, concentrated in cold countries for latitude and altitude, thanks to the resistance to cold that allows autumn sowing even in climates that are prohibitive for other cereals.

There are two main types of rye:

They say about her

Rye is the only cereal that is consumed almost exclusively in the form of bread.
The so-called "black bread", typical of the Upper Canonica Valley, obtained from a mixture of rye flour and wheat flour, it has a characteristic slightly acidic but aromatic flavor and is more compact than wheat bread. It is prepared using a sourdough rich in yeasts and strongly acidified thanks to the development of lactic bacteria. Its nutritional value is similar to that of wheat bread but, being produced with less refined flours, it is richer in fiber and has, for the same weight, a lower caloric value.


In Germany, a delicious rye bread is made, the “pumppernickel”, which also contains whole grains and has a slightly sour taste. The flour is generally mixed with that of wheat because it rises with difficulty.

With rye flour you can also prepare biscuits, flakes for breakfast or creams. With the grains, soups and vegetable soups or, if toasted and ground, you can prepare a coffee substitute and thus prepare an excellent healthy drink.

Rich in nourishing factors, rye bread is recommended for asthenic people, convalescents and is also suitable for those who suffer from mild depression following psycho-physical stress.

The nutritional properties of rye, in fact, are of considerable importance, even if from a nutritional point of view it has a lower protein content than wheat. Whole rye contains 69% carbohydrates and about 12% proteins and is therefore both an energetic and constructive food.

It is also rich in mineral salts such as phosphorus, potassium, magnesium and calcium and numerous vitamins, especially those of group B.

Rye among the foods rich in vitamin B: discover the others 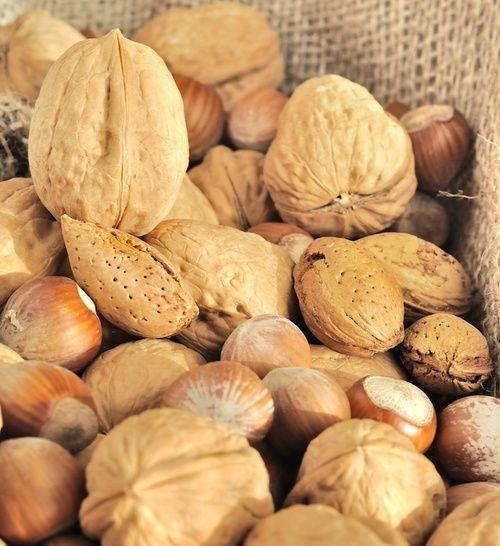 Populations that feed on rye bread appear to be protected against cardiovascular disease as it is attributed a 'antiarteriosclerotic action and protector of blood vessels that would have constituted a valid defense for the populations of the Nordic countries where, for climatic and economic reasons, large quantities of animal fats are consumed. This is because rye contains, in good quantities, the amino acid Lysine essential to ensure the elasticity of the walls of arterial vessels.

Regular use of this grain or its derivatives can reduce the hot flashes which can occur in menopause.
In gemmo-therapy it is used for the property of protection and regeneration of the liver cell.

Along with wheat, barley and farro rye is a cereal that contains gluten (protein complex in which gliadin is the "toxic" component for people with celiac disease) and consequently not suitable for those suffering from this disease.

The ears of rye can be infested (ergot) by a parasitic fungus that is particularly toxic to humans (Claviceps purpurea which releases toxic alkaloids that attack nerve centers), from which the pharmaceutical industry has obtained important vasoconstrictor medicines that are used for stop uterine bleeding. This fungus attacked rye crops especially in the Middle Ages; today this caryopsis is marketed perfectly healthy!

Finally, there is a curiosity to report: some South African researchers from the University of Durban, using genetic engineering techniques, have managed to select a rye that could be used to relieve some forms of migraine.

READ MORE
How to cook rye and other cereals