Reverse crunch | How is it done? Muscles involved and common mistakes

By reverse crunch we mean an exercise for the abdominals, performed on the ground or on a bench, in which the torso remains stationary and the lumbar area flexes, bringing the part of the body that is caudally (therefore pelvis, thighs to legs) towards the 'tall.

The starting position involves the person lying supine on the ground (or on a bench). It is not necessary to use a bench to perform the exercise, so it is better to use the variant on the ground.

This is a repeat.

The muscles protagonists of the movement are certainly the abdominals while the stabilizers are the lats and the long head of the triceps.


The latter two provide a sort of isometric shoulder extension that allows you to counterbalance the weight of the lower body while preventing the torso from coming off the ground.

The abdominal transversus stabilizes the entire movement and allows maximum compression of the abdomen.

The obliques participate in the flexion of the lumbar area, compress the abdomen and prevent the legs from moving to the right or left, thus working as anti-extensors and anti-rotators.

The rectus abdominis is the main muscle that flexes the lower back. this starts from the lower region of the sternum and the rib cage to insert on the lower part of the pelvis.

The shortening of this muscle leads to the approach of the two extremes and therefore to a flexion of the spine. In particular, the region most involved in movement is the lower part of the rectus abdominis.

The entire muscle works in flexing the abdomen but since the lower part makes the greatest range of movement, it is also this region of the muscle that is most activated.

A very common mistake is flexing the hips. This mistake is so common that all crunch exercises are transformed into exercises for ileo-psoas and rectus femoris (hip flexors).


This is not necessarily a bad thing, but in the long run, muscle imbalances arise that can lead to joint pain and above all the intended purpose is not achieved (it is assumed to train the muscles of the abdomen).

If you are not used to this type of movement it is necessary to reduce the difficulty of the exercise. To do this, simply flex the knees or keep the knees gathered to the chest and raise the pelvis only.

It is necessary to choose progressions congruent to your abilities to perform the exercise correctly, an exercise performed poorly is a waste of time and a damage to oneself. 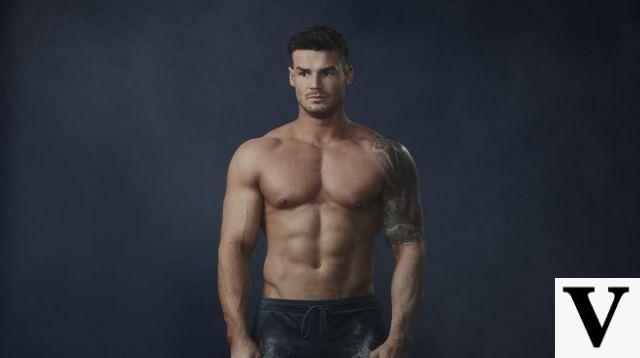 Another mistake consists in not contracting the transverse. This in the long run leads to a protrusion of the abdomen and a weakness of the deep muscles compared to the more superficial one.

Always focus on flattening your abdomen before each rep.

Another mistake is to give oneself momentum. Movement must be controlled; again you have to choose a progression that is congruent with your abilities.

add a comment of Reverse crunch | How is it done? Muscles involved and common mistakes