Reverse plank | How is it done correctly?

The reverse plank (inverted plank) is an isometric exercise that derives from the well-known relative plank; as the name itself says of the same type of exercise, performed in the reverse position (ie supine).

Mainly it targets the stabilizing muscles of the core, with a good involvement also of the buttocks and the muscles of the back and arms, and like the cousin it exists in a classic version (in itself however quite complex and not suitable for beginners) and also in other more stimulating but complex variants (to be performed only after having honed the standard technique well).

Usually this type of plank has a shorter holding time in the initial phase: the position maintained is not found in other bodyweight exercises and is therefore more unusual: just think that every time we do a push up or a burpee we are performing a plank; for this reason, you can initially perform series of 15 seconds which will then be extended to 20-25 seconds as the days pass. 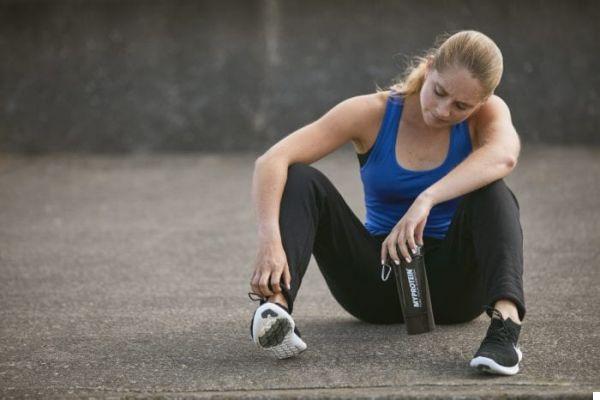 The execution of this version foresees the reduction of the supports from 4 to 3, lifting one leg from the ground and remaining resting on one foot.

The raised leg remains stretched and not too far from the ground (about 20cm); the insertion of this instability really complicates things a lot: the exercise will become much more tiring and the times of maintaining the correct posture will be greatly reduced.

This version can be performed both in alternating isometry (for example 10 sec on one leg and 10 on the other) and in the alternating dynamic version (alternating the supports continuously for 20 seconds and keeping the foot raised for about 2-3 seconds at each change. ).

We are already talking about an advanced exercise, which is recommended only after adequate preparation.

This version is for highly trained athletes: inserting an overload changes things a lot. Maintaining the correct position with the pelvis high cannot be neglected so it is not enough to add the load and sketch the position: performing a reverse plank with a weight west or a heavy belt (for example those of divers) is really hard !! My advice is not to overdo the load and start gradually. 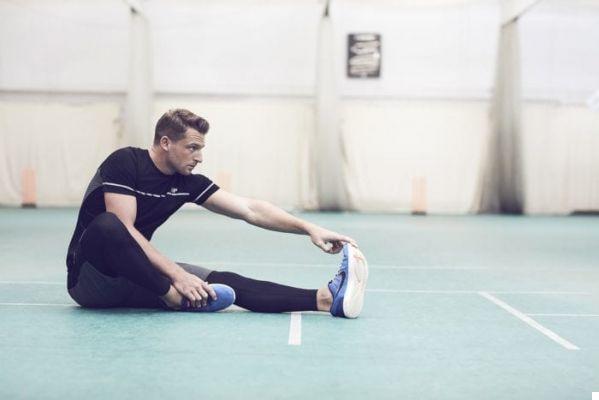 Where can I enter this exercise?

This exercise can be placed in many contexts: both that of warm-up (in the final part) and inserted in a timed circuit or in a routine at the end of the workout.

As for the warm-up, it is excellent if inserted in the final part of a free-body flow routine (a sequence of linked exercises that start from joint mobility up to real bodyweight exercises passing through successive and linked steps).

Also excellent is the application in a timed circuit where you want to insert an isometric exercise to give rest to the cardio part (where for example you can place an isometry in squat or a classic plank alternatively).

In the final part of the workout it is excellent as a "dessert" for a concentrated work on the abdomen, paired with the brothers plank and lateral plank, and with other exercises both isometric (L-sit) and not (such as sit up, knee 2 chest with fitball and similar works).

Audio Video Reverse plank | How is it done correctly?
Reduce Waistline | Like? All Explained! ❯

add a comment of Reverse plank | How is it done correctly?