Probability of Success: How Do We Rate It? 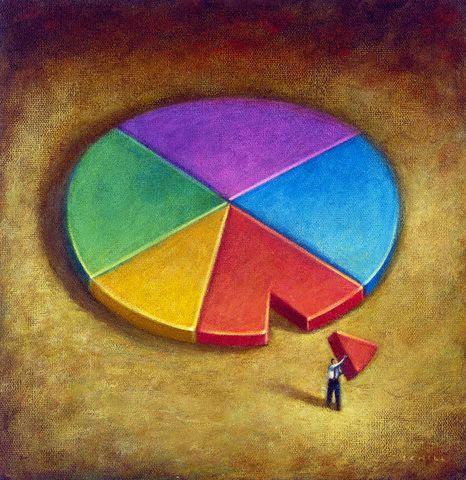 If people realized
fully of the real possibilities they have of win the lottery, they would probably never buy one
ticket throughout their life. However, the tickets continue to be
sold and for those who manage this market it is almost like having one in their hands
money printing machine.

The truth is that all lotteries
exploit a common cognitive trait, our tendency to evaluate chance of success according to
simpler examples that come to mind. This, along with obviously the
despair of people, it is the perfect stimulus that pushes to buy the
ticket. As if to say, since the
organizers of the various lotteries show only and exclusively the winners
and they forget (deliberately) to talk about the losers too, which are the vast majority
our mind is focused only on those who have won. So,
we subconsciously assume that we have more opportunities to win than to
lose. The interesting thing is that this stretch
cognitive not only applies to the lottery but also to many other spheres
of life, and also to our work. For example, it was
proved that doctors who diagnosed two consecutive cases of
bacterial meningitis, they believe they see the same symptoms in the patient as well
following, even when this has only a trivial common influence. This
it happens even if the doctors themselves are aware that it is unlikely
diagnose three consecutive cases of the same disease. How will we die? In recent years they have come true
numerous studies with the aim of evaluating the attitude of people in
as to the chance of success,
that is, that a certain expected event may occur, on the basis of the
personal cognitive trait that leads us to believe that the
simpler possibility. In practice, in one of these studies, the
people to answer a few questions to determine which was theirs
belief about the possible causes of their future death. For example, some researchers
Ohio State University, they found that people believed that
it would have been more likely for them to die murdered in the street rather
than stomach cancer. In fact, we have five times that
likely to die of stomach cancer than to be murdered, but since
since these violent acts have a greater media impact, the
our mind tends to unknowingly change statistics. An earlier study carried out in
1995 also confirms this trend. On that occasion he wondered if there
were more opportunities to be attacked by a shark or to die in a
plane crash. It should be emphasized that at that time in the US there was a real one
and national panic due to some shark attacks mentioned in the
press had spoken widely, so that most people thought
it was more likely to die attacked by one of them when it is not. In practice, when a person we know
is the victim of a car accident, we immediately consider that the roads
they are less sure even if in reality it is only a provoked attitude
from the emotional impact of the moment. At the same
way, while the more striking the event the more we will be inclined to distort
the real opportunities for this to occur.
Productivity: five practical ideas ❯

add a comment of Probability of Success: How Do We Rate It?