People who forget are smarter 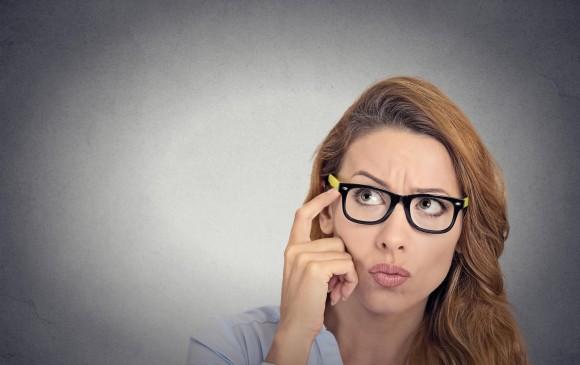 Sometimes we say that a person is intelligent because he is able to remember the necessary details at the right time. These people come up with important information or a perfect procedure for solving a problem right when it's needed most.

There is no doubt that memory, the ability to remember, plays an important role in intelligence. Without working memory we could not remember all the data necessary to solve a problem and without long-term memory, we could not recover the strategies that have already worked in the past and use them creatively to find new solutions.

However, neuroscientists explain that the ability to forget also plays an essential role in intelligence. Although it seems strange, to solve problems in a quick and original way we need both memory and forgetfulness.

Your brain's ability to forget is also a sign of intelligence

A study conducted at the University of Toronto reveals that being forgetful could also be a sign of intelligence. These neuroscientists analyzed the role of memory and forgetfulness, called persistence and transience, respectively, in the ability to solve problems.

Thus they concluded that both persistence and transience are essential for intelligence, understood as the ability to solve problems by moving through the wealth of acquired knowledge, in order to allow us to quickly find the information relevant to the problem we have to solve.

According to these neuroscientists, one of the main goals of memory is to optimize decision making. But forgetfulness is an essential element for the brain to also focus on what really matters with respect to the specific problem.

Indeed, in recent years it has been discovered that there are brain mechanisms dedicated entirely to forgetfulness, which means that our memory is continually rearranging itself, storing new information and erasing what we no longer need or use.


The elimination of synaptic connections between neurons is a mechanism that allows information to be rewritten, establishing new neuronal pathways. This explains why babies forget so much, since their hippocampus continually produces new neurons that allow information to be "overwritten". New information superhighways are created in their brains all the time, some of which eliminate old ones.

This ability to "overwrite" information, which implies forgetfulness, facilitates decision making and stimulates intelligence because it allows us to generalize past and present events. In artificial intelligence this phenomenon is known as regularization, and it helps create simpler models that prioritize essential information, eliminating specific details that are not relevant.

In other words, forgetting allows us to be more efficient by erasing all irrelevant details so that we can solve problems more quickly and effectively. Therefore, it is important not only to memorize a lot of information, but also to be able to "clean up" from time to time, so as to be able to move more easily within that accumulation of knowledge, quickly finding the data and procedures referred to we need to solve the problem we are facing.

Therefore, if you are a bit forgetful person you should not consider this as something negative, it means that your “overwrite” and erase mechanisms work very well. You just have to learn to take advantage of it.

add a comment of People who forget are smarter