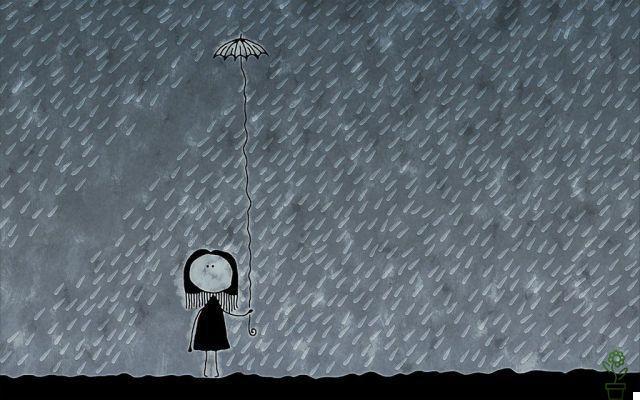 We have all, sooner or later, assumed the role of victim. But there are people who turn into permanent victims coming to suffer from what could be defined "chronic victimization". These people disguise themselves as false victims, knowingly or unknowingly, to simulate a non-existent aggression and, at the same time, unload the blame on others, thus freeing themselves from any responsibility.In fact, chronic victimization is not a disease, but it could lead over time to develop a paranoid disorder when the person continually insists on blaming others for all the ailments they suffer from. Furthermore, this way of facing the world generates a pessimistic view of reality, ending up causing discomfort in both the complainant and the one who receives the blame.

In many cases, the person who falls into pathological victimhood ends up fueling very negative feelings, such as resentment and anger, which result in aggressive victimization. This is the typical case of those who do not just complain but attack and accuse others, showing themselves intolerant and continuously violating their rights.

X-ray of a chronic victim

- Distorts reality. These are people who strongly believe that the fault of what happens to them always lies with others. In reality, the problem is that they have a distorted view of reality, have an external locus of control, and believe that both the positive and negative things that happen to them do not depend directly on their will, but on external circumstances. Furthermore, they exaggerate the negative aspects, developing an exacerbated pessimism that leads them to focus only on the negative things that are happening, while ignoring the positive ones.- He consoles himself by complaining. These people believe they are victims of others and circumstances, so they don't feel guilty or responsible for anything that happens to them. Consequently, the only thing left for him to do is "complain". In fact, these individuals often take pleasure in the act of complaining because it allows them to better assume the role of "poor victims" thus managing to attract the attention of others. These people do not seek help to solve their problems, they limit themselves exclusively to complaining in search of compassion and protagonism.

- Continuously look for the culprits. People who take on the role of eternal victims develop a suspicious attitude, they believe that others always act in bad faith. In this regard, they often struggle to discover small shortcomings only to feel discriminated against or mistreated, and this only to reaffirm their role as victims. Thus, they end up developing hypersensitivity and become specialists at unleashing a storm in a glass of water. - Not capable of honest self-criticism. These people are convinced that they have no fault, that there is nothing to criticize in their behavior. Since the responsibility lies with others, they do not accept constructive criticism, much less do a thorough examination of conscience that could lead them to change their attitude. For these people, the mistakes and faults of others are intolerable, while theirs are subtleties. After all, they are the victims.For a person to assume the role of the victim, there must be a culprit. Consequently, it is necessary to develop a series of strategies in order to make the other take the blame. If we are not aware of these strategies we are likely to fall into their web and take all the blame on us.

In essence, this person's rhetoric aims to de-legitimize his opponent's arguments. But not by disproving his claims with more valid arguments, rather by having the other person unknowingly assume the role of aggressor.How do they do it? Simply by assuming the role of victim in the discussion, in such a way that the other person seems authoritarian, not very empathetic or even aggressive. This strategy is known as "centrist rhetoric," as the person tries to show his opponent as an extremist, rather than bothering to refute his claims. Therefore, any argument put forward by his opponent will only be a display of bad faith.

For example, if a person dares to challenge a complaint with indisputable evidence or statistics from reliable sources, the victim will not respond with facts, but will say something like: "You are constantly assaulting me, now you say I am lying" or "You are trying to impose your opinions, do me the favor of apologizing ".

In some cases, the victim's argument is meant to allow him to shirk his responsibilities and avoid having to apologize or acknowledge his mistake. Therefore, he will try to wriggle out of the situation. To achieve this the strategy is to discredit the winner's argument, but without admitting that he was wrong.How does he do it? Again, he assumes the role of the victim, plays with the data as he pleases and manipulates them as he sees fit to sow confusion. Basically, this person will project his mistakes onto the other.For example, if a person responds with verified data that denies what has already been stated, the victim will not recognize their mistake. In any case, he will try to withdraw in a dignified way by saying something like, “This fact does not negate what I have said. Please, do not create more confusion and chaos "or" You are blaming me for confusing others, you are rude, it is clear that it is useless to argue with you because you do not want to hear reasons ", when in reality it is she who is creating the confusion.

One of the favorite strategies of chronic victims is emotional manipulation. When this person knows the other party well enough, they won't hesitate to play with their emotions to bring the game in their favor and take on the role of the victim. In fact, these people are very adept at recognizing emotions, so they take advantage of any little doubt or error to use them in their favor.

How do they do it? By discovering their opponent's weakness and taking advantage of the empathy they may feel. Thus, they end up making him fall into their net, making him assume full responsibility and the role of executioner, while they remain calm and comfortable in their role as victims by continuing to complain.For example, a mother who does not want to admit her mistakes may blame her child by saying something like, "With everything I've done for you, is this how you repay me?" But this type of manipulation is also quite common in relationships, among friends and in the workplace.

How to deal with these people?

The first step is to realize that it is a person taking on the role of victim. So resist the attack while avoiding getting trapped in his game. The best thing to do is to say that we don't have time to listen to your complaints, that if you need help we will be happy to give it to you, but we are not willing to waste time and energy listening to your complaints.Remember that the most important thing is that these people do not ruin your life by unloading their negativity on you and, above all, that they do not make you feel guilty. Do not forget that only the one to whom you give the power to do harm can emotionally harm you.
I want to be happy: 4 simple steps to really succeed ❯

add a comment of Pathological Victimism: People who work in "complaining" mode