To understand what it is organic food, one could try to compare it with a so-called conventional diet, known to all.

Before getting into the heart of such a comparison it might be useful dispel some clichés which, fortunately less and less, was created around this theme.

> Differences between organic and conventional food

> Where you can eat organic 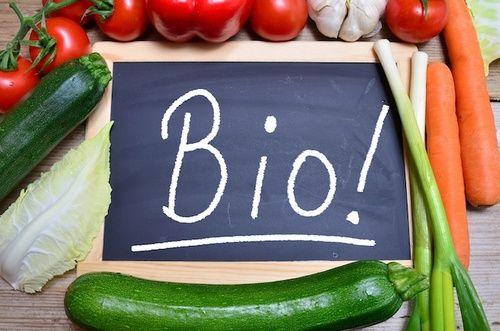 This tended to be true long ago: preferring the ancient varieties, as they are more rustic and therefore less in need of chemical supports, we tend to prefer cultivars not selected for their aesthetic beauty, among other things also proven by possible attacks by insects on which one cannot simply act with a synthetic insecticide.

But the "ugly" product also exists very well in traditional agriculture: we are less used to it because supermarkets only buy lots of "first choices", leaving "ugly" (and cheaper) products to the food industry.

Organic certification itself has a price: soil analyzes, seed controls, environmental protection and EU guarantee require work and therefore costs. Organic production techniques involve the producer of additional costs and the final yield is lower than the conventional one.

Paying more for an organic product is normal, it is one form of investment in environmental protection, which otherwise we would still pay indirectly, but it is possible to overcome the problem of high prices and reduce the gap between organic and conventional prices by trying to reduce the steps in the supply chain and buy directly from the producer.

Who tells me it's really organic?

As mentioned above, organic certification is based on controls, protection and guarantee at European level: those who produce and sell must compulsorily display the EU organic logo, a guarantee that the company works satisfying all the requisites required by current legislation.

In the wake of the positive experiences in other countries, forms of self-certification, however always recognized by the laws in force.

On the other hand, it is legitimate to doubt who is not able to display the EU organic logo or a self-certification mark.

So much pollution is still present in the air

There are several types of pollution: that in the air inevitably attacks everyone, plants, animals and humans.

Differences between organic and conventional food

In organic fruit and vegetable products are present higher amounts of antioxidants in particular phenols and salicylic acid which help to fight free radicals, responsible for body oxidation and therefore for the various aging processes.

Dairy products of organic origin would have higher percentages of omega-3 which is an essential fatty acid to the body and must be included with the diet.

In a 2001 study, the composition of foods such as fruits, vegetables and cereals from conventional and organic farming was evaluated. It has been possible to verify that organic farming, respecting the behaviors of its own regulations, brings a greater quantity of substances into its products.

Another fact that emerged in the statistics between products of biological and conventional origin is the presence of nitrates less than 50% in organic products. Nitrates are potentially dangerous substances because in particular conditions they turn into nitrites which among their actions have that of being able to bind to hemoglobin of blood and turn it into an element not more capable of carrying oxygen well in the body.

One can immediately understand the consequences of general asphyxiation due to lack or partial reduction of oxygen to cells and tissues, in particular this situation is dangerous for children.

Furthermore, nitrites, often present as additives in products of animal origin such as sausages and cheeses, are capable of bind to amines creating carcinogenic compounds. Nitrites are prohibited in the organic sector as additives and even synthetic nitrates cannot be used as fertilizer.

Organic food is one of the natural remedies for asthma: discover the others

Also not to be forgotten in products of organic origin there are no pesticide residues or synthetic chemical additives precisely for the regulation of the organic sector.


We also do not find in organic food no products that contain GMO ingredients (genetically modified organisms) precisely because these are also excluded from the regulation and the producers who want to join organic farming are controlled and subject to the regulations of the organic sector.

Substances such as agricultural additives or treatments for crops or products for feeding and caring for animals from breeding are of natural derivation.

Each of these substances is admitted on a special list and producers who want to certify their products as of organic origin must stick to the use of only permitted substances.

Where can you eat organic?

The offer of food of organic origin in the country is increasingly widespread.

The restaurants of the big cities, about 350 in the country, are offering dishes with ingredients of biological origin or even opening kiosks with all the food products of "organic catering" both to take away and comfortably seated.

The organic farms they are more and more numerous in 2014 more than 1500 have been estimated and offer organic food from their organic agricultural production or from neighboring companies that are always certified organic.

The latest news are the organic catering with organic products that can be called upon to organize food and dishes for all kinds of parties, events and anniversaries, even for green and eco-sustainable weddings.

an organic food in our home it is sufficient to go organic shopping in the points of sale where we can buy products of biological origin.

We can contact BIO manufacturers directly or specialized shops, shopping centers, online shops or through purchasing groups, ordering together directly from the producers.

Other articles on organic food:
> Nutrition among the natural remedies to strengthen the immune system

add a comment of Organic food: benefits and prohibited substances