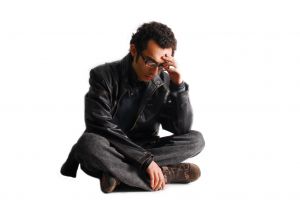 On July 7, 2009 it was announced in the magazine Stem Cells and Development the creation, for the first time, of human spermatozoa from embryonic mother cells. This is a research developed by the University of Newcastle in the UK. The news was very interesting to me, especially the discussion that was generated around the subject. Of course, Dr. Nayernia, the principal investigator, made it clear that "laboratory" sperms will not be used to fertilize eggs but to study the reproductive process. Essentially this discovery highlights the "theoretical" possibility of being able to dispose of sperm without the need for men to produce and distribute it, so that many alarmists, the same who also fear competition from the vibrator, question the validity of the male figure in the years to come. . The problem of masculinity is neither new nor intrinsic to any specific culture. When women began to assume certain behaviors that had been exclusive to the male role it became necessary to change the patterns of the relationship between the sexes but due to the highly rooted machismo, men at one moment found themselves without "tools" to understand the new relational models. Thus, many of the Western females have become very risky and do not wait for the man to "woo" them in the old fashioned way, and flirt in a very aggressive way to which many men do not know how to react. Similarly, women can come to be much more independent economically, so that the classic status of male nursery and sustenance provider crumbles. The taking possession by the "not so weak sex" of many areas that were considered exclusively the prerogative of males has caused the need to change the forms of relating, but, also for this reason it is necessary to change the mental scheme with which they understand each other the relationships between the sexes and also how we see ourselves in this relationship; true focal point of the feeling of uncertainty that grips modern man. However, apart from the opinions of the alarmists, I personally consider that what is extinguished is the old relational pattern between men and women to give way to new forms of relating and communicating in the face of which both women and men must vary their representations about themselves and the sexes. It is not a path that the man alone must take but it must be a task to be faced by two.

Dizziness from Anxiety: How to Recognize and Treat Them ❯

Jealousy --Why Does It Come In Different Forms?

add a comment from Men in danger of extinction?