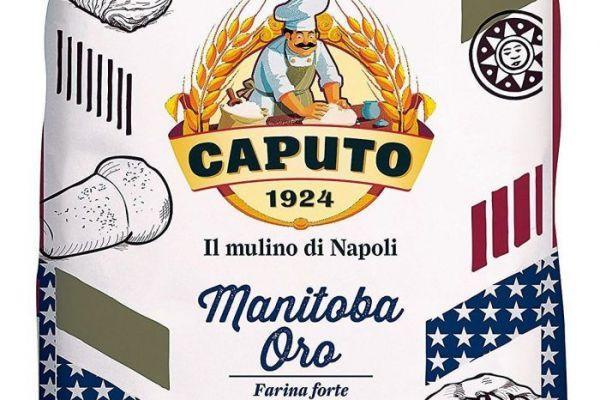 Manitoba flour it is so called because it derives from the homonym wheat belonging to the group of semi-hard grains, scientifically known as Triticum aestivum, a name in turn connected with the area in which it was initially cultivated, that is a vast Canadian area, and by the Indian tribe that lived there.

It is a very high protein flour, able to generate lots of gluten. Today Manitoba flour is defined as any flour that has a "W" (strength of the flour) greater than 350.

You use manitoba flour

By definition it is the perfect flour for long leaveningi, therefore ideal for bakery and confectionery products that require a long time, such as panettone, pandoro, doves, donuts, brioches, cupcakes, babà, or you can use in combination with other "weaker" flours to improve its resistance; for this reason it is also suitable for others recipes, such as bread, pizza or focaccia.

For those who are vegan or vegetarian, it is the ideal flour for self-producing seitan.

Please note:: it would go used in moderation, because it is used almost exclusively in the refined and therefore has a major influence on insulin production.


As for the nutritional values ​​of Manitoba flour, it should be considered that per 100 grams of product there are just over 350 calories, nearly 13 grams of protein, 65 of carbohydrates and one gram of fat. It is absolutely not suitable for those suffering from intolerances or celiac disease.

Preparation: dissolve the yeast and honey in warm milk, add the flour, oil, salt and mix everything together. Roll out the dough directly on the baking paper with a rolling pin and form a rectangle. Divide it into three equal parts, forming some kind of cylinders that you will intertwine with each other.

Leave to rise for about a couple of hours and then bake in a preheated oven at 200 ° C for about 20/25 minutes. As a variant, raisins, walnuts, herbs or other can be added to the mixture.

Preparation: mix all the ingredients, adding the vegetable milk and diced pears only at the end, beating with a hand or electric whisk for a few minutes. Then bake for about 30 minutes at 180 ° C in a preheated oven.

Curiosity: also in the country there are varieties of wheat with characteristics similar to Manitoba, such as Taylor or Sagittarius.

add a comment of Manitoba flour, nutritional values ​​and recipes