Lupins at the table to fight diabetes and cholesterol 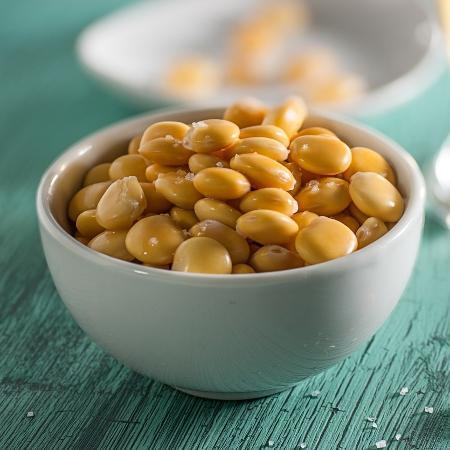 Diabetes e high cholesterol they are among the main enemies of health in Western societies.

Adequate nutrition helps both to prevent them and to fight them; among the foods useful in this sense are included lupins, legumes that are also widespread in the Mediterranean area.

Calcium, iron, magnesium, phosphorus, potassium, zinc, vitamin C and B vitamins: i micronutrients hidden inside the lupine seeds (the part we bring to the table) are not lacking.

To make these legumes particularly interesting, however, is the content of some macronutrients, the protein, present in an average percentage of 35-40% of the total.

It seems in fact that the benefits of lupins in terms of control of blood sugar and cholesterol derive from their proteins.

As for diabetes, the positive effect of lupins could first of all stem from the fact that consuming protein-rich foods as part of a carbohydrate-rich meal can help contain the increase in blood sugars.

It also appears that some specific proteins present within lupine seeds, the conglutine, can act in a specific way on the ability to control blood glucose both by fighting the phenomenon of insulin resistance (the hormone that controls blood sugar levels) is by reducing production of glucose in the liver.


However, it seems that the molecules that make lupins effective allies against diabetes may also be others, in particular the alkaloids.

As far as cholesterol control is concerned, the benefits of lupins also seem to depend on their proteins.


Instead, there remains a few doubt more on the link between lupine consumption and triglycerides.


How to introduce lupins in your diet

Lupins can be bought fresh, in brine, dried or even in powder form, in the form of flour.

What matters is not to eat them raw as they are, but only after having soaked and cooked them, or only after having appropriately preserved them in brine, in order to be sure to have reduced toxicity of some alkaloids present in them.


Once this precaution is taken into account, it is possible to eat them as a snack or to prepare various recipes, from meatballs to farinata, L 'hummus and lupine burger.

Audio Video Lupins at the table to fight diabetes and cholesterol
Yam and taro: properties and nutritional values ❯