Is it possible to know someone's personality with just one question? 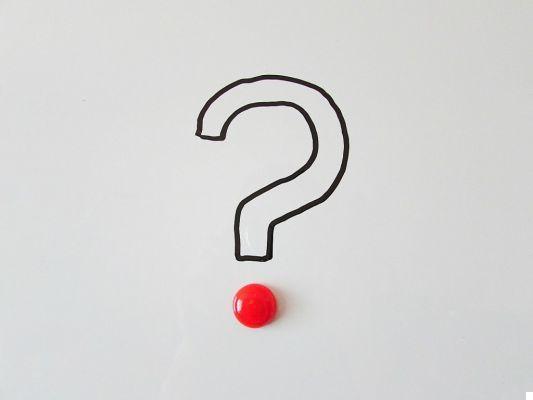 We know that personality is complex and changes over time according to the life experiences we go through. This indicates that it is difficult to get to know someone deeply, it is necessary to spend a lot of time next to him to establish an intimate connection that allows us to perceive the changes that are taking place.

However, there is a very simple question that can help us to form a general idea of ​​who the person in front of us is. We just have to ask him what he thinks of others.

Wake Forest University psychologists carried out several experiments in this regard, in one of which they asked participants to judge the positive and negative characteristics of three other people. They later had to complete a personality test.

Thus it was found that the more positively they judged others, the happier, more enthusiastic and emotionally balanced they were. These people also showed greater satisfaction in their life. Conversely, those who judged others negatively tended to display more narcissistic and antisocial traits, as well as a greater tendency to depression.

The researchers repeated the experiment a year later and got the same results, which indicates that the way we judge others speaks volumes about who we really are.

By asking someone what he thinks of others, we activate an unconscious mechanism of projection in him. In practice, we stimulate him to project his characteristics onto others. Thus, generous people will tend to think that others are also generous and selfish people will believe that others are as selfish as they are. We see the world as we are.


At the basis of this mechanism there is also a cognitive bias called the “false consent effect”, according to which we tend to think that our habits, values, beliefs and opinions are much more common and widespread than it would be logical to think.

It is the tendency to believe that others think and feel the same as we do. In fact, a curious study conducted at the University of Castilla-La Mancha revealed that people who drink a lot believe that others also drink as much as they do and abstainers think that other people drink very little.

Of course, this relationship is not always linear. There are cases where the opposite is true, for example, those suffering from a narcissistic personality disorder often believe that others are worth very little and are less interesting and intelligent. On the other hand, those prone to paranoia will see in others malicious people who cannot be trusted.

In any case, we must always keep in mind these wise words of Confucius: “When you see a good man, try to imitate him. When you see a bad man, examine yourself ”.

Is it a circle? What your answer reveals about you ❯

add a comment of Is it possible to know someone's personality with just one question?