Is it a circle? What your answer reveals about you 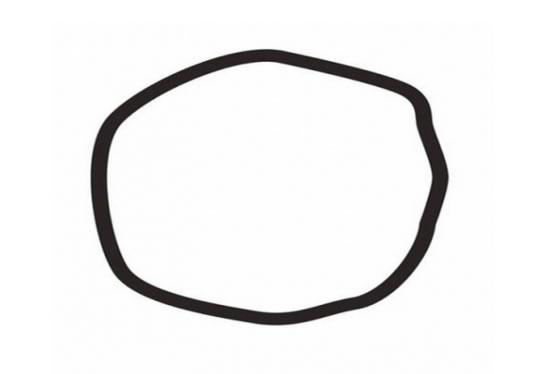 There are small details that reveal a lot about us. Our personality, beliefs and values ​​are manifested practically at every step and in every decision, even the most trivial. So a group of researchers from Yale University devised a very simple experiment: they showed some people a series of geometric shapes and asked them to identify them. The results were impressive, even for the researchers themselves.

How willing are you to stray from the norm?

To carry out the study, the participants had to observe some geometric figures, some perfect, others less so. The basic idea was to test the level of tolerance to differences, to see how much people were willing to deviate from the norm, so it was found that the most tolerant people were those who categorized the figure in this article as a circle. These people were also more willing to accept deviations from social standards and differences.In fact, those who claimed that the figure was a circle also showed that they had more flexible and liberal thinking, they agreed for example with same-sex marriage and legalization of cannabis: On the other hand, those who said that it was not a circle showed a more rigid and conservative thinking from a political point of view. These people were inclined to apply many strict laws and were also less tolerant of different people. In addition, they were much stricter in their judgments, showing a tendency to see all black or white.

The tendency towards negativity can explain these results. Indeed, our position in politics, for example, whether it is center-left or center-right, is profoundly determined by our way of seeing and understanding the world. For example, research conducted at the University of Nebraska analyzed how people of different political orientations to negative stimuli, such as watching someone eating worms or seeing pictures of infected wounds. In this experiment it was observed that the most conservative people were also those who showed the most intense reactions to images.These results, in addition to those of other studies, gave rise to what is known as "Tendency to negativity", which is nothing more than an automatic orientation towards the negative aspects of the environment. In practice, these people focus on the differences and highlight the discordant aspects, they are differentiators par excellence.Therefore, taking up the experiment of geometric shapes, if you do not consider the image as a circle perhaps for you the imperfections stand out, because you focus on the negative or conflicting aspects of the world. On the contrary, if you see a circle, it is because you prefer to focus on the whole, because you are more flexible and imperfections do not worry you too much. In conclusion, it should be emphasized that there is no correct answer. Depending on the circumstances, both characteristics can be adaptive. The important thing is to be aware of our tendency to learn how to modulate it when necessary.
Bystander effect and social apathy; a strange experiment ❯

add a comment of Is it a circle? What your answer reveals about you