Il iron it is a mineral that stimulates the liver, spleen and intestines, promoting the production of hemoglobin and red blood cells. Let's find out better.

> Effects of iron on the psyche and spirit

Chemical symbol: Fe2+Fe3+Fe4+
Il iron it's a ferromagnetic metal bright, ductile and malleable, silvery white in color, which rusts in humid air, but not in dry air, and dissolves rapidly in dilute acids.

It is the fourth most abundant element on earth after oxygen, silicon and aluminum: due to its reactivity with oxygen, this mineral is found in nature especially in various iron oxides (such as hematite, magnetite and limonite) and it is the most widely used in industrial production thanks to the combination of low cost and high resistance.

Iron is the quantitatively most important trace element in the human body (3-5 g), of which three quarters are found in the billions of red blood cells, it is essential for life and is involved in the synthesis of numerous enzymes, including catalasi.

Iron promotes the production of hemoglobin and Red blood cells: by ensuring proper oxygenation of the body's cells, it thus guarantees the vitality and harmonious growth of the entire organism. It stimulates the functions of the liver, spleen, intestines and bone marrow.

Iron is also crucial for neurotransmitters like serotonin and dopamine, he guarantees disease resistance, it is useful against stress and it is essential to keep the immune system.

The daily intake of iron through nutrition is between 10 and 18 mg per day (30 mg in case of pregnancy), its absorption occurs in the small intestine and is facilitated when taken together with:

Effect of iron on the psyche and spirit

Iron stimulates the subject and increases personal motivation by increasing the dynamismand steadinessand will, the spirit of affirmation and enthusiasm.

Iron infuses calm e safety, frees the conscience from worries and allows the individual to reflect with an open mind. Depression can occur in the absence of iron.

What Are Iron Rich Foods? 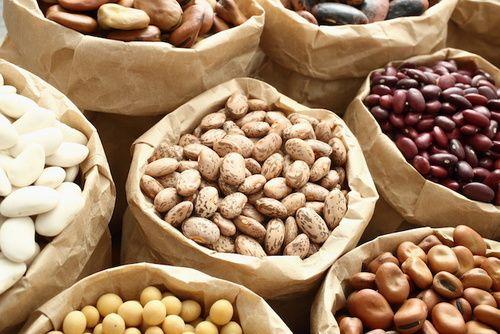 According to oligotherapy, the catalytic form of the trace element allows the body to restore its balance without deficiencies or excesses. Iron has an action antianemic and is often used in case of bleeding, pregnancy, stress, fatigue and infections, also in association with Manganese-Copper-Cobalt: in fact, the presence of copper it is essential for the synthesis of hemoglobin and therefore acts concomitantly with iron in case of anemia.

In crystal therapy it is customary to put in direct contact with the body the minerals with a high content of iron, such as hematite, magnetite and pyrite, to achieve the desired results.

The name derives from the Latin ferrum, iron. Due to its ductility, in prehistoric times it was already used both for decorative purposes and for the production of weapons and tools. The first evidence of the use of iron comes from the Sumerians and the Hittites, who already 4000 years before Christ used this metal recovered from meteorites to obtain small objects such as spearheads and jewels. Since meteorites fall from the sky, the ancient Latins called iron sider, that is "star", and from this the adjective iron and steel is derived.

During the Iron Age, in the first millennium BC, the processing techniques became more and more refined and this metal almost completely replaced bronze, marking the beginning of modern metallurgy.

In alchemy, iron is associated with Mars, the element of fire and the color red. According to popular tradition it possesses protective virtues against evil spirits and disease demons: horseshoes and horseshoe nails are ancient magical and propitiatory tools and were used for the first time in ancient Greece.

READ MORE
Natural iron supplements: what they are and when to take them

> Iron, effects of deficiency and excess

> Do you know how to assimilate iron?