How are intrinsic and extrinsic motivation distinguished? What is meant in particular when talking about these two types of motivating agents?

Intrinsic and extrinsic motivation are two words that at first glance may seem complex to understand, but I assure you that the concept behind them is relatively simple. To trace the formulation of these two terms one must not go too far in time.

Contrary to what one might think, in fact, scholars began to use the term motivation starting from the twentieth century, so it is a fairly recent fact. During the twentieth century they undertook research relating to the psychological aspects that motivate man to act.

The first motivational theories were born, among which the best known is certainly Maslow's hierarchy of needs, represented by the famous pyramid, which was formulated starting from the XNUMXs.

The distinction between intrinsic and extrinsic motivation arose from research in the field of humanistic psychology in the 50s and 60s, which resulted in a series of experiments conducted
in the seventies on several samples of people.

These studies were essentially aimed at verifying what in English is called the Overjustification Effect (over-justification effect).

But before talking to you about what this phenomenon is, I need to give you some more information about the concepts of extrinsic motivation and intrinsic motivation. You will find below a comprehensive explanation of both.

And if you want to deepen the subject, I suggest you read my Ultramotivation ebook, which you can find at this link. Inside the manual, in addition to giving you many theoretical foundations in terms of motivation, I will explain the secrets to release your true potential and achieve whatever goal you decide to bring in life.

There is talk of extrinsic motivation when the reasons that push you to act are given by an external reward. In other words, your behavior is not dictated so much by your personal willingness to achieve something, rather by the fact that, by achieving a certain goal, you will be rewarded in some way. 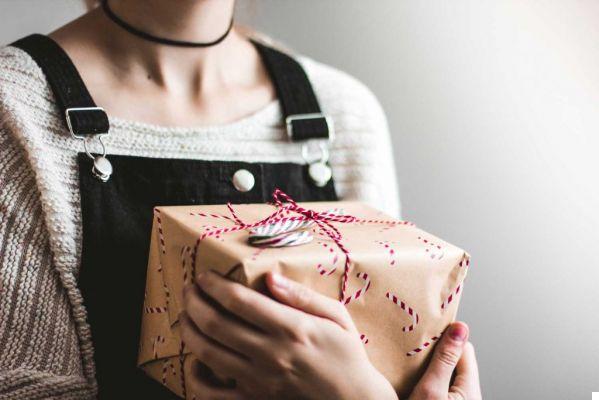 So we talk about extrinsic motivation because the causes of the action are external to the subject who finds himself acting. It may happen that without the reward or reward that was promised you decide to forgo the action.

From a certain point of view, giving a reward is also a way to manipulate the behavior of others. The possible prizes can be the most disparate: from money to fame, from power to social proof.


Below you will find some examples of behaviors driven by extrinsic motivation:

As you can see, in all these examples the prize is sufficient to give the right motivation to the person who receives it, representing in all respects the reason that prompts action.

Very often these are activities that in the absence of an award you would never do. Think about how you would feel working for free or studying all day just for the fun of it ...

Obviously, in order to be able to act regardless of a fee, there must be other reasons, which will not be sought externally.

There is talk of intrinsic motivation when the reasons that push you to action come from within you, directly from your desire to achieve a goal and excel in any area of ​​your life. 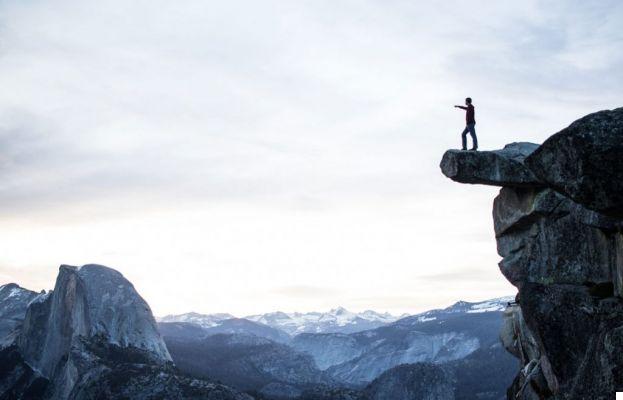 This is not about an external reward, but about challenging your limits, stepping out of your comfort zone and trying to get to the next level.

Reconnecting with Maslow's theory, intrinsic motivation arises from the personal need to satisfy a certain need in life.


It starts from the most basic ones, such as eating, drinking and sleeping, to others located higher in the pyramid, such as the desire to have interpersonal relationships or those related to knowledge and power.

Some examples of intrinsic motivation:

As you can see, in all these examples, the motives that lead to action derive from will of the person, and not from external reasons that influence their behavior. This is precisely the fundamental difference between intrinsic and extrinsic motivation. Find out also with this test how motivated you are!

A very important fact is that intrinsic and extrinsic motivation are not independent, but in many cases they interact with each other. Precisely in this context we speak of the so-called over-justification effect.

The over-justification effect occurs when a reward or an external incentive reduces an individual's intrinsic motivation to do a certain activity, a phenomenon known as motivational crowding out (motivational displacement).

In other words, offering a reward for an activity that was previously not rewarded is in practice a shift to extrinsic motivation, which causes a weakening of the original intrinsic motivation with which the individual did that particular thing.

Once no more rewards are offered, the interest in doing that activity is also lost: the intrinsic motivation is not recovered and there is not even the extrinsic one, as the reward is absent.

A concrete example of the over-justification effect

In this section I will tell you a story that well exemplifies the concept I just told you about.

A gentleman, no longer in the prime of life, had retired to a small villa, which had a small courtyard in the back, without a fence. He loved to spend his days in peace, surrounded by nature.

One day, his peace was interrupted by a group of kids, who came to play in the backyard. There and then the man was annoyed by what, but then he preferred to stay on his own and ended up not paying too much attention.

The next day, however, he found again the kids playing under the house, shouting and making a lot of noise. He then decided to approach them saying: “Guys, I will give you two coins each if you come every day to play here with me”.

The kids were very surprised by the old man's proposal, wondering why he was so generous. But they still decided to accept the man's agreement. They therefore continued to frequent the courtyard regularly, each time receiving the two promised coins.

After some time, however, they saw the old man approach them again, saying the following words: “Guys, I'm very sorry, but I can no longer afford to give you two coins every time you come. From now on I will be able to give you only one coin ”.

The boys, initially disappointed by what they had just heard, nevertheless decided to accept and continue to frequent the courtyard regularly, each time receiving a coin in exchange.

A few more weeks passed, in which the kids had fun spending their days outdoors in the space behind the house.

However, one day the old man again showed up before them: “Guys, I'm terribly sorry, but I don't have enough money to keep giving you a coin every time you come. You can still continue playing here, only you will no longer receive any compensation ".

The next day the old man looked out the window overlooking the courtyard and noticed that the boys had not come to play. And so on the following day and the following ones.

The old man could now fully enjoy his days again without the noise coming from the courtyard ...

As you can see from the story, this is an example that describes the over-justification effect well. Kids, initially motivated by wanting to have fun (intrinsic motivation), are subsequently rewarded for coming to play (extrinsic motivation),

When the prize subsequently fails, their intrinsic motivation never returns and so they stop coming to play.

Intrinsic and extrinsic motivation: which one to bet on?

By reading this article, you will already have an idea of ​​which of the two forms of motivation is worth pursuing. However, the answer to this question is less obvious than one might imagine.

Both intrinsic and extrinsic motivation, when applied to the right situations, can be very effective in getting people to carry out a certain activity.

For example, in the business world, a boss can promise small rewards to his workers, but only if he already sees a small interest on their part in delving into certain areas. Once interest has grown, you can eliminate the premium.

However, these are very special and limited situations. Ultimately, the form to bet on is the intrinsic motivation, as it is more genuine and stable. Not being correlated to external factors, it is by nature more powerful and lasting, as it is linked to the personal desire to satisfy a specific need.

Motivations and mental attitude: the way to a will of steel! ❯

add a comment of Intrinsic and extrinsic motivation: everything you need to know