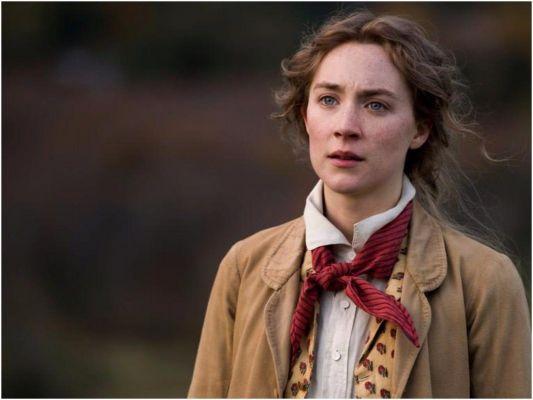 A collection of the best films of all time, both European and international.

This list arises from the union of your feedback (received from the Instagram page) with what are the canons of Fervida Inspiración.

In our opinion, to be part of this collection of the best films of all time, a movie must have the following characteristics:

In addition, it is not a ranking, since it seems unlikely that an order can be established between films that are so different from each other. It's better to call it "a collection" of the best movies of all time.

Having said that, let's proceed with the actual list. Let us know which movies you would add in the comments section at the bottom of the article.

The best movies in history.

the wings of freedom - Trailer - Wikipedia, the free encyclopedia

Requiem for a Dream - Trailer - Wikipedia, the free encyclopedia

Beyond the dreams - Trailer - Wikipedia, the free encyclopedia

The best books in history: our 3 favorite movies

The pursuit of happiness.

Inspired by the true story of Chris Cardner, a businessman now a millionaire, who in the 80s lived through a time of poverty and very serious family difficulties, with a dependent son and homeless. The real Chris appears in the film's final scene, where he briefly catches Will Smith's eye as he crosses the street in a suit and tie.


The title refers to the declaration of independence of the United States of America, which lists the inalienable rights of man, including the pursuit of happiness.

A truly moving film, an example of the sacrifices a parent can make for their children. A movie that really deserves to be on the list of the best movies ever.

Set in 1959 at Vermont's Welton Academy, an elite and conservative fictional college, it tells the story of an English teacher who inspires his students through poetry.

There are some movies that, seen for the first time at the right age, have the ability to inspire and uplift: “The Fleeting Moment” is one of them. It is not a film that is easy to admit love. It's not cynical, it's idealistic and hopeful: it has a certain quality that you don't necessarily associate with snobbish movies, but while critics didn't like it, audiences immediately loved it.

The film focuses on Guido Orefice, a young Tuscan Jew, who under the fascist dictatorship is deported to a concentration camp with his son Giosuè. To protect the boy from the horrors of extermination, Guido bravely builds an elaborate world of intricate fantasies.

The highest grossing Italian film in history, as well as one of the most appreciated and popular Italian films in the world. Because of the issues it deals with and the values ​​it conveys, it is undoubtedly one of the best films in history.


The pages of our life

The film is about the events of a young couple falling in love in the 40s. He is torn between the past time of many years ago, where we see the momentum and urgency of a young love, and the present time, where she slowly disappears in the shadow of Alzheimer's, while he remains steadfast in his love. The old man reads her every day the pages of a notebook that contains the story of how they fell in love and how they overcame the obstacles to her happiness. The old lover says that sometimes, even for a few minutes, the fog of his illness clears and he finally manages to remember him and his past.

A love film that leaves its mark and therefore deserves to be among the best films of all time, as well as among our favorite films.

The best movies of all time: now it's your turn

This movie collection is not complete yet, all your suggestions are still missing. So if you think there are movies that are particularly worthy of content and values, let us know in the comments below!

PS: We've compiled a similar list of the best books of all time:

The best books in history (must read)