Personal motivators: who they are and what they do 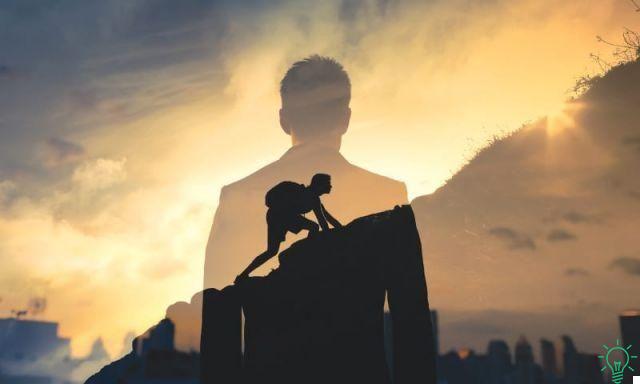 Who are the personal motivators? And what function do they perform?

This article aims to clarify once and for all the distinctive features of an often criticized and underestimated figure: that of the personal motivator.

It is often said, in fact, that these professionals have the sole purpose of stealing money from your wallet, and that the real motivation cannot be found externally, but only internally.

So let's try to shed some light on this issue. Once you have finished reading the article, you will be able to get an idea of ​​who these people are and you will certainly be able to deepen the subject by reading the biographies of some of the most prominent motivators.

Not only will I tell you about who the personal motivators are, I will also show you how they are categorized and I will introduce you to the most famous ones both in the American landscape.

Personal motivators: who are they?

Personal motivators are essentially individuals who are referred to with the purpose of achieving their goals in a manner fast e with less effort.

The activity inextricably linked to the figure of the motivator is that of coaching. It is essential to understand the distinction between the work done by a teacher and what the coach does.

Coaching is defined as that activity that helps you release your true potential, in a way that maximizes your performance. It means helping you reach your goal, rather than teaching you what you don't know.

In other words, it is not about transmitting knowledge like the teacher does. Behind coaching there is the belief that the individual already has the answers to his problems within himself, he only needs someone to help him "see".

Although the origin of the term coaching dates back to the end of the nineteenth century, the birth of this professional figure must be sought in the sports world of the 70s.

Many consider Timothy Gallwey, Harvard University tennis coach, as the founder of coaching. His thinking, described in Inner Game, revolutionized the world back then:

The external game is played on an arena, to overcome external obstacles and to achieve an external goal. The inner game takes place in the player's mind and addresses obstacles such as fear, insecurity, concentration problems and mental limitation related to concepts or assumptions. Inner play is a proven method of overcoming self-imposed obstacles, which prevent an individual or team from accessing their full potential.

So let's go and see in which fields motivators operate.

The main types of motivators

I have already told you that in general the activity of the personal motivator is that of mental coaching, that is to make it easier for a person to achieve a certain goal. But before proceeding with the various branches in which they can specialize, I need to make a clarification.

Coaching and mental coaching are not exactly the same.

Coaching proper expressly concerns the sports coaching. Think for example of the football manager. In this case it is more of an athletic trainer than anything else, even if it is still important to act on a mental level, in the wake of what Timothy said.

As for the motivators who practice the mental coaching, these are divided into two main strands:

In this article we have focused so far on personal motivators, but corporate motivators are also widespread, especially in the context of large multinational companies.

Personal motivators often decide to specialize in a narrow scope across the various areas of life. The skills needed to coach in different areas are often quite distant even if the coaching technique remains one and only one.

So let's see the main types of personal motivators that can be had in the various areas:

In the context of a more corporate context, we can have the following professionals:

Here are some examples of famous motivators. In particular, I will focus on the American scene, but I will not fail to mention a few outsiders.

Let's move on to the American panorama instead. Here, too, I will limit myself to mentioning three, but the list could be very long:

Motivators from other countries

I would like to mention many but I will just tell you about two relatively young but very promising motivators:

Intrinsic and extrinsic motivation: everything you need to know ❯

Motivations and mental attitude: the way to a will of steel!

How to find motivation after a difficult time

add a comment from Personal motivators: who they are and what they do