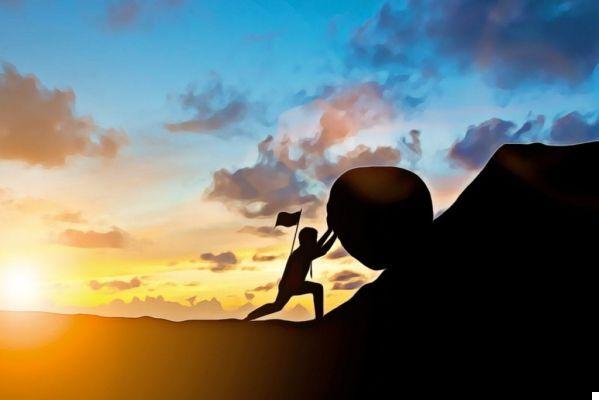 Motivational music: if you are looking for songs that energize or simply some motivational songs to play sports, gym or any other type of activity, you've come to the right place!

In this article I have selected for you a list of the best motivational music that you can find on the web, with the relative links, but before starting I want to give a brief introduction on the characteristics and usefulness of motivational music.

Motivational music: what is it?

Translating from the article What are the characteristics of motivational music, the main elements of the same are the progression of the chords, the rhythmic structure, the melodic line and finally the instrumentation.

Motivational music is something that changes a person's feelings, turning sadness into happiness and boredom into determination.

Music is the strongest form of magic - Marilyn Manson

The positive effect of motivational songs on our brain, and also on our sports performance, is proven by several scientific studies like this one.

Indeed, one of the most important effects of the right music on humans is the release of dopamine, an important neurotransmitter that causes a sense of pleasure and an improvement in mood.

Of course, there are also other sources of dopamine: you can, for example, take coffee or take drugs. However, listening to music and exercising are healthier ways to achieve the same result, don't you think? ?

Let's start with our selection of motivational music: in this section you will find epic themed music, for sports, for the gym and for body building.

Two steps from Hell – Protectors of the Earth

BrunuhVille – The Wolf and The Moon

Requiem for a dream – Theme Song

AC/DC – Back In Black

Bon Jovi - Livin 'On A Prayer

Evanescence – Bring Me To Life


Linkin Park – In The End

Queen – The Show Must Go On

Queen – We Will Rock You

Survivor – Eye Of The Tiger

System Of A Down – Toxicity

Bebe Rexha - I Got You

Ed Sheeran – Shape Of You (Remix)

Kygo, Selena Gomez – It Ain’t Me

Do we end with the motivational songs and with a little extra?

The Script – All Of Fame

That's all for this article on the best motivational music! Hope you liked them, as it took me a long time to collect them all?

When in doubt, clarify and verify through the technique of "Do you mean that ...?" ❯

Motivations and mental attitude: the way to a will of steel!

How to find motivation after a difficult time

Personal motivators: who they are and what they do

add a comment from Motivational music: the top 100 songs that upload!