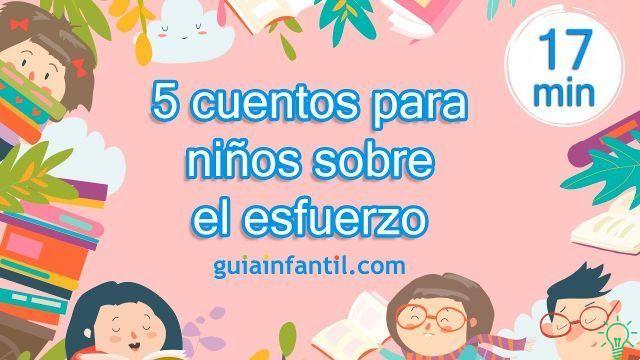 Being successful in the world of work is not easy. What is very easy is to let yourself be brought down by the problems of your own business. But instead of throwing in the towel, get back up, buckle up, and get back to work. These motivational stories will keep you coming back!

Once upon a time there was a 65-year-old man; he was broke, lived in a small house and owned a broken down car. He lived on a social pension of $99 a month. One day, he became convinced that things had to change somehow. So he thought about what he had to offer. His friends were crazy about his chicken recipe, so he decided this would be his chance to make a big change.

So he left Kentucky and began traveling to different states looking for a buyer for his prescription. She told the various restaurant owners she visited that the chicken made her way would make anyone's mouth water. He offered his recipe for free, asking for only a small percentage of each dish sold. Sounded like a good deal, right?

Unfortunately, it didn't seem that way to most restaurateurs. Sanders heard NO more than 1000 times. And even after all these refusals, he did not give up. He believed that his chicken recipe was something special. He was rejected 1009 times before he got his first yes.

Remember: never give up and always believe in yourself, despite any rejection.

2. The obstacle in your way

Once upon a time there was a curious and rich king. Driven by his curiosity, this king placed a large rock in the middle of a path, then hid nearby to see if anyone tried to remove the blocking rock.

The first people who passed through there were among the richest in the entire court of the king and the merchants. Instead of moving him, they just walked past him. Some complained loudly to the king that he did not keep the streets in order. None of them tried to move the rock.

Finally, another passerby arrived. His arms were loaded with vegetables. When he got close to the rock, instead of just walking around it, the farmer put his load down and tried to move the rock to the side of the road. It cost him a lot of effort but in the end he got it.

The farmer collected his load and was ready to resume his journey when he saw a bag resting on the path where the rock used to be. The villager opened the bag: it was full of gold coins and also contained a note from the king. The note read: “This gold is a reward for moving the rock out of the way. "

The king showed the villager what most of us never have in mind: every obstacle in our way can become an opportunity to improve our conditions.

A famous speaker started a seminar with a €20 bill in hand. A crowd of 200 was there to hear him speak. He asked them: "Who would want this €20 note?"

So he asked, "Who still wants it?"

"Well," he said, "what if I do this?" So she dropped the bill on the ground and stepped on it.

He picked it up and showed it to the crowd. The ticket was all dirty and wrinkled.

"Who still wants it?"

All hands went up again.

“My friends, I have just shared with you a really important lesson.

No matter what I did with the money, you still wanted it because its value hasn't diminished. They are still worth €20.

Likewise, many times during our existence, life throws us to the ground and tramples us. We make bad decisions or face unfavorable circumstances, we feel useless and helpless. But no matter what or what happens, you will never lose your courage. You are special, never forget it!"

Imagine that you have a bank account where €86.400 is deposited every morning. However, this account cannot be combined and every night all the money that you were unable to use during the day is reset to zero. What would you do? Every day you would finance every euro!

In fact, we all have this bench. His name is "Tempo". Each day, it credits you with 86.400 seconds. You delete them every night, and all the time you didn't know how to use wisely is lost. You don't save the budget overnight. It doesn't allow any debt, so you can't borrow or withdraw longer than allowed. Every day, your account starts over. Every night, destroy all unused time. If you don't use all of a day's deposit, it's your fault and you can't appeal to get it back.

There is no possibility of opening a mortgage. You cannot make a loan on your time or take it from someone else. The time you have now is all you'll ever have and that's it, period. Time management is yours and you decide how to spend it, as with money: you decide where it will go. You will never have little time to do something, it will always be just a matter of priorities: where do you really want to spend your time?

If you liked these stories, subscribe to the newsletter and you will receive more!

40 Harry Potter Quotes That Will Inspire You In Teal Life ❯

add a comment of 4 Motivational Short Stories about Work, Time and Dreams