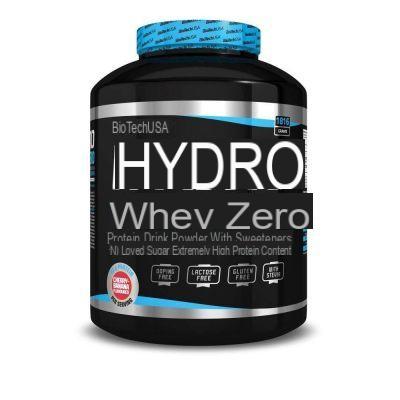 Hydrolyzed proteins are a mixture of more or less complex amino acids and peptides obtained from the hydrolysis of an animal protein source (e.g. whey protein, egg protein) or vegetable (e.g. soy protein).

The hydrolysis process follows what happens in the human stomach and intestine, where specific enzymes - pepsin, trypsin, protease, peptidases - break down food proteins into ever smaller peptides, until the individual amino acids that compose them are obtained.

Note: the intestine is able to absorb even small peptides (di-, tri- and oligo-peptides), which even seem to be absorbed more easily than free amino acids.

What are they for

Hydrolyzed proteins are also known as predigested proteins. Although the hydrolysis process can take place in various ways (for example by providing heat, or strongly acidic or basic substances), the hydrolyzed proteins intended for sports integration and clinical applications are obtained by enzymatic hydrolysis; this allows to preserve some important components that would be inactivated by acids or heat, and to improve the taste.

In particular, there are two main fields of application of hydrolyzed proteins:

Note: the more the hydrolysis process is pushed, the greater the bitterness problems of the product become, given that some amino acids (such as tryptophan, phenylalanine, tyrosine and leucine) have a typically bitter taste. A well-known hydrolyzed protein raw material (Carbery Optipep TM) claims a degree of hydrolysis (DH) ranging from 5 to 40%.