How other people's expectations affect our life 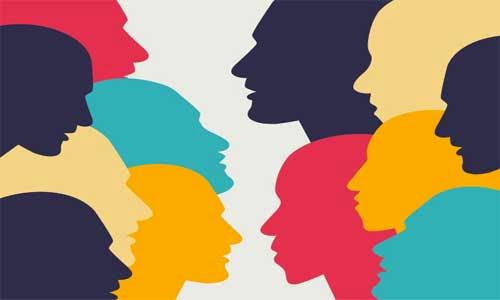 Those around us want the best for us, or at least that's what they tell us. The problem is that, together with their best wishes, there are also expectations, which are like those gifts that are not expected (or desired) and which you do not know what to do but which end up passing from one part of the world to the other. house taking up only space unnecessarily.In reality, everyone has expectations about how we should behave, what we should do with our life and also what we should aspire to. Your partner, your parents, your boss, your friends and colleagues all have specific expectations of you, some show them explicitly through their comments, others remain implied. Either way, they all affect your behavior, even if you don't realize it. The question is, to what extent can your decisions change and affect your life? And, how can you free yourself from the expectations of others?

If others expect something from you, you will try to change to satisfy them

A classic experiment in the history of psychology gives us the answer. A group of psychologists at the University of Minnesota were convinced that people automatically perceive how others see them and involuntarily begin exhibiting the expected behaviors.

To test this idea, the psychologists recruited 51 male students, who were later invited to have a conversation with a girl through microphones and headphones. By preventing people from meeting physically, the researchers attempted to avoid the formation of those stereotypes generated by physical appearance that allow them to extrapolate certain personality characteristics that could ruin the experiment.

Therefore, all male students were given a biography of the girl they were talking to, the trick was that half of them were shown a photo of a very beautiful girl while the rest were shown a photo of an unattractive one. The question was, would boys 'expectations of how a very attractive girl should behave really affect girls' behavior? Would they have adapted to meet the expectations of their interlocutor?


The researchers recorded the conversations and even got people totally alien to the experiment to listen to them. These people agreed on one point: women who were considered attractive by their interlocutor exhibited behaviors typical of attractive people, such as talking more animatedly, pretending to feel pleasure and even flirting. Obviously, these behaviors were not detected in girls who were considered unattractive, even though they actually were.

This experiment showed that by manipulating only one variable: expectations about physical appearance, a person can change their behavior to conform to what is expected of them. However, the fact is that these findings can be extrapolated to every area of ​​our life, from expectations regarding nationality to class stereotypes, skin color or gender.

In real life, relating to people means influencing and being influenced. In the same way that others have expectations about how we should behave, we also have expectations about their behavior. Therefore, we engage daily in a social dance in which every movement (understood as beliefs, stereotypes and expectations) has an impact on the other and on ourselves. It is a subtle "battle" we engage in every day, a battle in which we strive to be ourselves and, at the same time, to satisfy others.

The problem begins when this battle of expectations lets others take control and dictate not only how we should behave, but also what we should aspire to. At that point we risk getting lost, taking on goals that don't belong to us, ending up living a life that isn't what we wanted.

It is worth remembering that conforming to expectations is not bad at all, it is part of social adaptation, but we must not forget that sometimes these can lead us on paths that we do not want to walk, especially when the expectations come from people close to us who do not we would like to disappoint, like an overly possessive partner or a toxic mother. In these cases, it is advisable to pay attention to every crossroads to ask ourselves if we really like what we are doing and is a reflection of who we are or simply a behavior we display to satisfy someone else. Always remember that the main architect of your life must be you.

How people treat you is their problem, how you react is yours ❯

add a comment of How other people's expectations affect our life