Dumbbell flyes | How are they performed? Muscles involved, common mistakes

The term "dumbbell flyes" refers to the exercise of the crosses with dumbbells. We are talking about an open kinetic chain movement that allows you to train both sides of the body individually.

It can be considered an isolation exercise and, combined with the nature of the dumbbells, is well suited to the use of loads that allow you to perform repetitions between 6 and 15 approximately.

You can also lift one dumbbell at a time with the help of your legs or simply have someone else help you get into position.

The starting position should be with the back resting on the support and the dumbbells resting between them with the arms perpendicular to the ground and the elbows almost completely extended; the elbows must remain still throughout the execution of the exercise.

From this position open your arms bringing the dumbbells up to the height of the trunk. Once in the position of maximum elongation, return to the starting position. The movement must resemble the act of hugging someone. 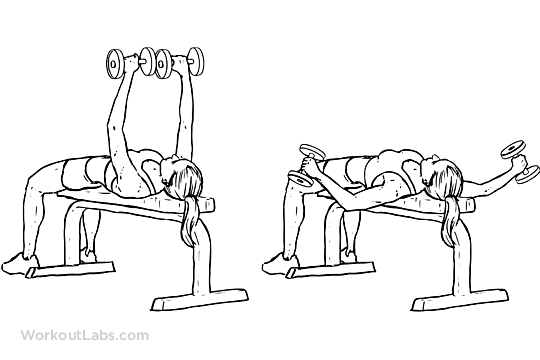 Shoulders should always remain slightly extra rotated, thumbs should point slightly towards
low, to maintain a more secure position for the joint.

If we analyze the line of force of the exercise we conclude that:

The position of maximum stretch also coincides with that of maximum stress for the shoulder joint and even if a perfect technique is used, the risk of injury is high.

In the most difficult position, the pectoral is also stretched practically to the maximum and therefore in a disadvantaged condition that favors the use of compensations that increase the risk for the joint. To reduce stress in the maximum stretch position it is necessary to significantly reduce the loads.

However, this means that the exercise becomes not very stimulating in the other portions of the movement. To solve this problem, we can think of using the soil as a support. In this way, in the position of maximum elongation, the shoulder is supported as the humerus rests on the ground, at least in part.


This certainly means a reduction in tension in the maximum stretch position but it probably also coincides with the health of your shoulders.

The main muscle of this exercise are undoubtedly the pectorals. The dumbell flyes allow to work on the shoulder adduction which primarily recruits the entire pectoral. 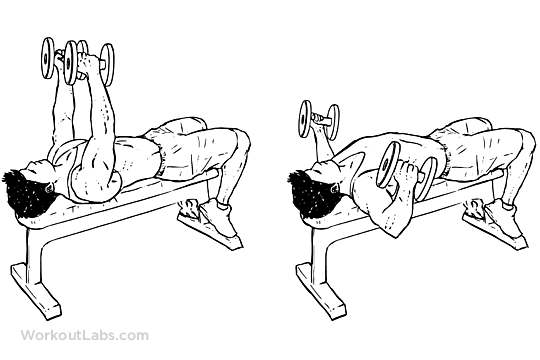 The bench version allows you to shift the emphasis on the upper portion of the pectoral and also on the part if desired
abdominal. The ground version encourages the central part of the bib.

The trick of using the ground as a support reduces the tension in the most productive part of the movement or in the portion of maximum elongation.

The tension, however, is also given by the weight you choose. A mistake lies in not taking advantage of the opportunity offered by this variant of the exercise to significantly increase the loads.

It would be wrong to adopt the same execution of a bench press dumbell fly for a ground dumbell fly. The purpose of the isolation exercise is to stimulate muscle hypertrophy and a great way to achieve this is to accentuate eccentric stress.

Specifically, perform flyes with heavy dumbbells in the eccentric portion of the movement and return to the starting position with a dumbell press.

The eccentric phase must be slow and controlled especially the closer you get to the end? ROM. this hybrid exercise allows you to perform several repetitions with weights that would not otherwise be used.

Always opt for 6 o'clock? 15 repetitions of this hybrid exercise. Another common mistake is not using the right muscles. 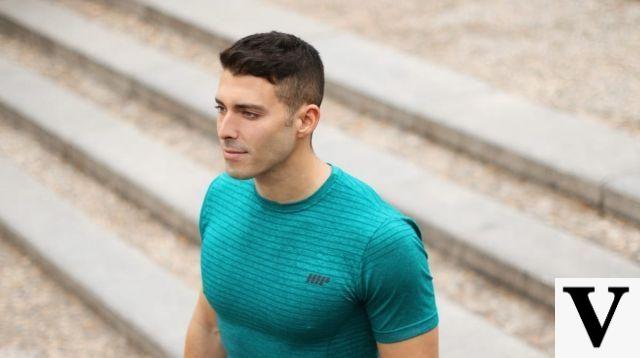 The shoulders must also remain slightly extra rotated during the entire movement, it is possible to intra rotate them
in the position of maximum contraction to make the most of all the actions of the bib, however, this can lead to a loss of correct execution.

add a comment of Dumbbell flyes | How are they performed? Muscles involved, common mistakes