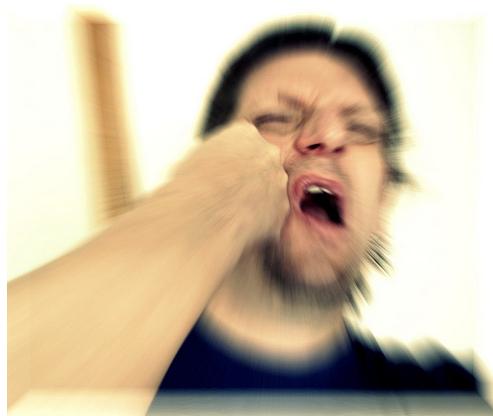 The history of Psychology hides many surprises a
who is willing to dive into its deep waters. Some experiments like
those of Zimbardo and Milgram came to light and went around the
world causing waves of indignation, as they were considered
sadistic experiments, but others remained anonymous.

Today I take this opportunity to resume from the archives
historians of psychology two experiments that could be qualified
like: brave, curious but definitely stupid. Most of
these experiments was carried out in the field of Social Psychology (perhaps
it would be time to psychoanalyze the social psychologists themselves and their designs
experimental). One of the most controversial experiments from the point of
view of security was developed in the mid-80s of the last century,
and centered on analyzing people's reactions to an attempt
of rape. Without any qualms, the researchers set up a scene
in which a young actor broke into a university campus and tried to
raping a girl who asked for help in a low voice. In this way i
researchers evaluated the reactions of passers-by and, if and when, these were
willing to intervene to prevent violence. After evaluating the reaction of 80 bystanders, i
researchers found that people were more likely to intervene
when they were in groups rather than when they walked alone. In fact, the
35% of passersby did not attempt to save the girl who was supposed to be coming
raped. The main problem with the experiment was that it didn't
he could check the safety of the actor playing the part of
rapist, who in fact took several punches. In an earlier study, carried out in 1972, it came
always jeopardizing the safety of their assistants. On this occasion, yes
it claimed to evaluate how people reacted when someone observed them with
insistence on the street. In one of the experimental designs an assistant arrived
with a scooter and stopped at the red light, just next to a car.
Then he began to insistently stare at the other conductor until yes
turned green. In another version of the experiment, the assistant pretended
just to walk down the street and suddenly turn around and
he began to stare insistently at a person, making them feel uncomfortable. As you could imagine, when people did
they felt watched showed signs of nervousness and tried to leave the
as quickly as possible. This caused many conductors to sink the
foot on the accelerator as soon as the light turned green, with the risk of
cause an accident. Obviously, there were also others who threatened the actor,
who surely had to use all his courage and self-control
to repeat this behavior with 450 other people. Of course, these kinds of experiments don't happen today
they realize more, since fortunately psychologists have adopted a code
ethical much more serious and professional (and restrictive) than that of
past. Finally, apart from putting physical integrity at risk
of assistants, it was never understood what these really were for
experiments.
What do we need to be happy? 7 surprising examples ❯