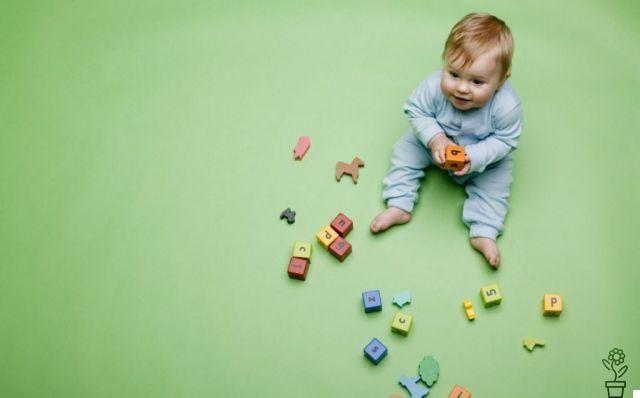 Virtually all manuals for "Good parents" they exalt the power of praise. In fact, there are not a few gurus who suggest that the best thing a father can do for his children is to develop their self-esteem through a constant stream of compliments.Tell your child how smart he is every time he passes an exam. . Highlight his artistic side when he draws a drawing. Celebrate his sporting skills when he scores a goal or wins a game ... According to this approach, negativity must be completely banished from the family and one must focus solely on the child's successes. Actually, it's a pretty simple idea: tell children that they are wonderful and very good at doing anything that will make them confident and happy, with good self-esteem. But there is a small problem in all of this: it is an overly simplistic and even utopian point of view of the human psyche, which follows much more complex routes. Scientific research suggests that always telling children they are bright and talented can have dire consequences.

The experiment that shattered the benefits of praise

In the late 1990s, two Columbia University psychologists conducted a large-scale study related to the psychology of praise. More than 400 children between the ages of 10 and 12 participated in their experiments. One of the most interesting studies consisted of four phases, in the first phase the children were subjected to a test to determine their intelligence quotient. Once finished, the experimenters analyzed the results and calculated the scores, but gave the children false retrofeeding. Some children were told that they did well, that they had successfully solved 80% of the problems. Another group was told that they must be little geniuses to solve so many puzzles. A third group was simply told nothing. According to those who promote the power of praise, simply taking a few seconds to praise the child's abilities can have a very positive effect on his or her performance. However, the results of the study not only showed that this hypothesis is not correct at all, but also confirmed that compliments have a negative effect.In the second phase of the experiment, the researchers told the children that they could choose between two activities. : one was very difficult (it was a challenge in which they could fail) while the other was easy (they probably would have overcome it but would have learned very little from it). praised and labeled as "geniuses" chose the easier task. While only 45% of the children who were not told anything chose the simpler activity, so it could be seen that the children who received a lot of compliments were more likely to avoid challenges and difficult situations by opting for the simpler tasks. But the worst was yet to come. In the third phase of the experiment, the researchers gave the children other problems. This time it was much more difficult tasks than the first. At the end, the children were asked if they enjoyed solving these problems and if they were willing to do similar activities at home. At this point, even more dramatic differences emerged between the groups. The children who received the most compliments said that they did not appreciate these kinds of problems and that they would not like to do these homework. In the fourth and final phase of the experiment, the researchers asked the children to take a final test. It was a question of composing a series of fairly simple puzzles, of the same level of complexity as the problems in the first test. At this point, it was found that the children who received the praise scored lower than the others, even worse than that obtained by themselves at the end of the first test.In short, the children whose intelligence was highly praised. : 1. They preferred to avoid challenges, choosing simple tasks that did not teach them anything new2. They enjoyed less of their activity3.

Why can compliments have such devastating effects?

Telling a child that he is highly intelligent will make him feel good, but it can also generate fear of failure in him, avoiding difficult situations, the challenges he might miss if he does not get the success that others expect of him. The expectation of success then becomes a limitation. Additionally, the child may interpret praise as an indication that he no longer needs to exert himself; after all, he is already a "genius". He is therefore likely to feel less motivated, pay less attention and make more mistakes, resulting in poor results. When he realizes that he is not really a "genius", his self-esteem will be destroyed. In fact, the psychological impact of a bad result is not something to be taken lightly. For children, social evaluation and acceptance are very important. So much so that in the same experiment, 40% of the children who were praised lied about their performance to the rest of their peers, while only 10% of the other children lied to make a good impression on others.

In reality this is not the case. In fact, we only referred to two of the three groups of children who participated in the experiment. There was a third group who were told, “You did well, you worked hard and you successfully solved 80% of the problems.” These children behaved very differently from the rest. When it came to choosing between a difficult and an easy activity, only 10% of them chose the easier one. They also showed that they appreciated the challenge by reaching the best results in the last set of problems, improving their previous scores.What does all this mean? First, it should be noted that in this case the researchers did not praise the ability (intelligence), but the results obtained and the effort. In this way it was possible to motivate the children, but at the same time, to prevent the fear of failure from taking over. It was also achieved that they did not develop excessive self-confidence, as the results were not attributed to their skill but rather to the effort made. So ... how does praise have to be to promote healthy self-esteem? easy praise, to make the baby feel good. But research shows that these praises can have a very damaging effect. So when you want to compliment a child you should keep in mind these three golden rules:1. We commend commitment, not abilityGenius is said to consist of 1% talent and 99% hard work. These relationships can vary but what is indisputable is that talent is useless if the person does not make an effort to develop it. Therefore, it is important to sow in the child the idea that in order to achieve something it is necessary to devote time, energy and persistence to it. Emphasize his commitment, not the capacity behind it. For example, if you score a goal in the game, don't just compliment him on the point he scored, be sure to reinforce his perseverance during daily training.
2. Don't overdo it, be specificExcessive praise like "You're a great painter" or "You're a genius" can usually backfire, especially in children who have low self-esteem. It is best to focus on the result. Express what you liked, for example: “I liked your drawing very much” or “You solved this problem very well”. These kinds of compliments are more realistic and objective, so you don't run the risk of artificially boosting her self-esteem. Remember that artificial self-esteem is just as bad as low self-esteem.
3. Don't add pressure, motivateSometimes parents mirror themselves in their children, then they overdo it with compliments because somehow it's like they are praising themselves. They do not realize that in doing so they only add unnecessary pressures that can generate a deep fear of failure. Therefore, make sure that compliments are not an additional source of anxiety for the little one, but that they serve to motivate him. Let him know that you love him unconditionally, regardless of his successes. This way you will avoid your child being dependent on the judgments of others.
Conflicts: Why Do They Occur? ❯

add a comment of Compliments that destroy childish self-esteem