Cholesterol and Diet: How Many and Which Fats?

Extraordinary edition: "The legal defenders claim that they have burning evidence in their hands that butter and eggs, entered the dock as directly responsible for many serious cardiovascular diseases, should be acquitted for not having committed the crime. 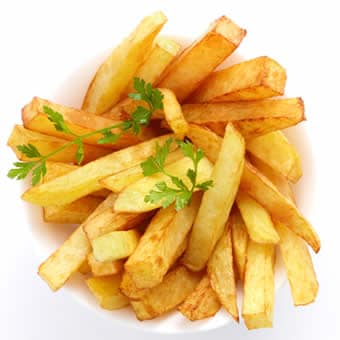 The prosecution is still certain of their guilt, but in the light of the new documents presented by the defense, they proposed to the judge a reduction of the sentence ".
We could comment in this way on the results of the latest studies on saturated fats and their relationship with hypercholesterolemia and cardiovascular diseases.
Foods rich in long-chain saturated fats (of animal origin such as eggs, milk and derivatives, butter, fatty meats and raw or cooked sausages) are usually also high in cholesterol.
Unlike the dreaded "trans", it seems that saturated fats increase bad (LDL) and good (HDL) cholesterol at the same time, albeit in different ways.
It remains to be defined whether saturated fatty acids are actually less dangerous than "trans" ones or whether this is a wrong hypothesis.

Hydrogenated and trans fats are NOT synonymous, although often where the former abound there are large quantities of the latter.

What are hydrogenated fats?

The hydrogenated ones are fatty acids which, for commercial reasons, are subjected to an industrial process of "catalytic hydrogenation", which gives them specific chemical-physical properties.
The products that are subjected to hydrogenation are those rich in unsaturated fatty acids, or vegetable oils. Through this process, oils rich in unsaturated, monounsaturated (with only one double bond) and polyunsaturated (with more double bonds) fatty acids are transformed from liquid to solid or semi-solid, increasing their melting point as much as necessary to satisfy application needs.
Ultimately, hydrogenation makes unsaturated fats (mainly contained in vegetables) similar to saturated fats (mainly contained in animals).
The reasons for a similar commercial choice are different, but the main one is economic; it is cheaper to buy a poor vegetable oil (or blend) and hydrogen it, rather than to use a good fat of animal origin.
Furthermore, the latter category is less conservable and inexorably brings a significant amount of cholesterol.
On the basis of what has been said so far, it seems that hydrogenated fats behave in all respects as if they were saturated; indeed, almost better!
In fact it would be like this, were it not that during the hydrogenation processes (especially with older technologies) significant quantities of very harmful fats, called trans fats, can be produced.

What are trans fats?

“Trans” is the name assigned to a specific configuration of unsaturated fatty acids; the other configuration is called "cis".
As we know, molecules can have the same number of atoms and bonds, but arrange themselves three-dimensionally in a different way, which changes their metabolic activity / effectiveness.
Trans lipids are to be considered as a "side effect" of hydrogenation.
However, hydrogenated fats are not the only source.
Trans can also be naturally present in foods; in particular they are found in milk and derivatives. They are produced by bacteria present in the intestines of ruminants (especially cattle), absorbed and consequently secreted together with the milk by the mammary gland. By changing the feed it is possible to change the concentration of trans fat in dairy products.
Lipids subjected to very intense and / or prolonged heat (for example frying oils) also participate significantly in increasing the intake of trans fats.
Ultimately, this particular type of lipid is found in low-cost margarines, in processed vegetable fats dedicated to frying, and in the foods that contain them (in particular in baked products such as brioches, breadsticks, crackers, biscuits, in potato chips. envelope, in snacks, etc.).

Notes: an alternative system to catalytic hydrogenation, which allows the level of trans fatty acids to be kept low, is fractional crystallization.

Why are trans fats dangerous?

The trans fatty acids ingested with food are considered the real killers that negatively upset the cholesterol levels in the blood and increase the risk of atherosclerosis.
The dangerousness of these fats derives from their ability to raise the levels of total cholesterol, while lowering the levels of good cholesterol; consequently, they increase the cardiovascular risk.
Many of the products containing hydrogenated (or transesterified) fats are advertised as "0% cholesterol", inducing the inexperienced consumer to make a choice that is anything but healthy.
Indeed, if these fats are 100% of vegetable origin (often margarines also contain a good percentage of low-quality animal fats), the product is cholesterol-free, but rich in much more dangerous trans fatty acids.
Defending against these dangerous "nutrients" is not difficult, since by law the producer is obliged to declare their use on the label, adding the words "totally hydrogenated" or "partially hydrogenated" as appropriate.


It is recommended that the lowest possible amount of trans fats be consumed or that these make up a maximum of 1% of the diet (WHO, FAO and EFSA recommendations).

To keep cholesterol under control, it is first of all necessary to exclude from the diet the products whose ingredients include the words "partially hydrogenated" and / or "hydrogenated".
The term "partially hydrogenated" fats would seem more harmless than the classic expression "hydrogenated fats", but in reality the two expressions are almost equivalent.
So be careful not to be misled by fake advertising.
Moreover, trans fatty acids are mainly formed when the hydrogenation process is NOT completed (for example in the production of margarine); one more reason to totally exclude them from the diet.

On the other hand, when the presence of "non-hydrogenated vegetable fats" is emphasized on the label, the situation is certainly better, but still far from being healthy; in fact, poor quality oils are often used, like many of the tropical ones, which in addition to being quite cheap are rich in saturated fats (for example palm kernel oil and palm oil).
Fortunately, from 13/12/2014 it is mandatory to specify on the label the origin of the vegetable oils and / or fats used (eg olive oil, soybean oil, etc.); It is therefore not sufficient to report the generic term "vegetable oils" or "vegetable fats", behind which in the past the use of poor raw materials was often hidden.

Other articles on 'Cholesterol and Diet: How Many and Which Fats?'

Audio Video Cholesterol and Diet: How Many and Which Fats?
Ulcerative Colitis: Diet and Treatment ❯

add a comment of Cholesterol and Diet: How Many and Which Fats?