Broken Promises, Improved Promises — How Do We React? 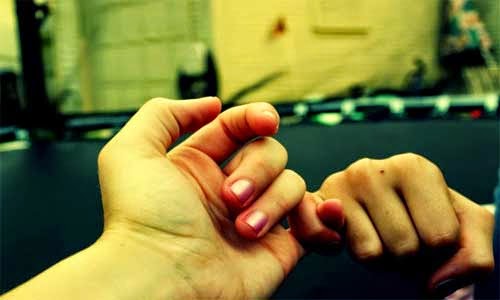 Keeping your promise is a positive quality we all appreciate, but doing better than we promised can be a waste of time, or at least that's what curious research conducted at the University of California states. to the delivery experiences of the Amazon giant. According to employees of the company, even though the products were usually delivered before the promised date, it was not perceived that people particularly appreciated this detail. Therefore, psychologists launched a series of experiments to see how people reacted to unfulfilled promises, those fulfilled and those that were fulfilled before expectations.

In one experiment, participants were asked to complete a puzzle. Next to them was a person who had promised to help them; only that in some cases it did, in others it did not and in some cases it offered assistance that could be considered excessive.

The researchers noted that people were irritated when those who promised to help did not keep their promise, but curiously, there was no substantial difference when the person kept the promise or went too far with the help offered. In fact, psychologists were amazed to find that offering more help than expected had such a minimal effect in terms of gratitude and appreciation.

These researchers concluded that, on a societal level, the action that involves keeping a promise is often overestimated. Because? Simply because keeping a promise not only does something good for someone, but we also respect some kind of implicit social contract and show that we are trustworthy people.

What are the tips applicable to everyday life?

First, that it is important to keep the promises made, at least if you want to continue to maintain a good relationship with the person. Keeping a promise generates appreciation and trust.


Second, that it is not necessary to make a superhuman effort or to give much more than what we have promised, as this "extra" is not always appreciated. Therefore, if you want to exceed the expectations of the other, you must be motivated by self-satisfaction, and you should not be angry if the person does not show the gratitude that was expected to receive.

Do you prefer a just society or a generous society?

The results of this study may seem strange, but in reality they reflect one of the implicit rules of our society, and this is also demonstrated by another equally interesting experiment in which the participants were engaged in a game called "the dictator". In practice, some of the participants had the power to punish or reward based on the behavior of the other participants in the game.

Thus it could be observed that some of them punished people for being selfish and rewarded them when they were right, but generosity often went unnoticed. And, apparently, in our social system the value of justice is higher than that of generosity. Therefore, we react positively when someone keeps his promise but we do not get particularly excited if he is also generous.

Of course, this does not mean that being generous is wrong, but that in the hierarchy of social values ​​that many of us share, we place more weight on justice without even realizing it.

add a comment of Broken Promises, Improved Promises — How Do We React?