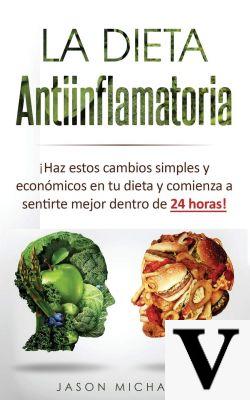 Edited by the Doctr Simone Marata

The consumption of fruit and vegetables has been linked with the reduction of morbidity and mortality due to chronic degenerative diseases. It is not yet clear how the constituents of the diet are responsible for this association, but it appears that antioxidants play a greater role in carrying out this protective effect [1]. The quantity of a single antioxidant (eg vitamin E or tocopherol, vitamin C or ascorbic acid, etc.) contained in a food does not necessarily reflect its total antioxidant capacity (TAC total antioxidant capacity) [2]; this instead depends on the synergy and the redox interactions between the different molecules present in the food [3]. Total Antioxidant Capacity (TAC) is the ability of an antioxidant food to clean out preformed free radicals. The CT scan has been suggested as a tool to investigate the health effects of antioxidants present in the mixed diet, reporting an inverse correlation between the CT scan of the diet and markers of a state of systemic inflammation (Reactive Protein C PCR, and leukocytes) [4]. Therefore, in drafting the anti-inflammatory diet, the food composition tables are not a completely reliable tool, as they only take into account the quantity of the single molecule with antioxidant power, without taking into account the synergy and interaction that is created between the other substances contained in the food, whether or not they also have antioxidant power. To solve this limitation, we are helped by many studies, worldwide and in your country, which have dealt with evaluating, through validated methods, the TAC (total antioxidant capacity) of individual foods. Thus, in recent years, the concept of anti-inflammatory diet has been established as a diet capable of counteracting inflammatory processes and oxidative stress that characterizes many chronic-degenerative diseases such as diabetes, cardiovascular diseases, etc., but also intense physical activity and sports-related muscle-tendon injuries. Before going into the details of the anti-inflammatory diet, it is therefore necessary to review the concepts of inflammation and oxidative stress which will be discussed below.

By inflammation or phlogosis we mean the set of changes that occur in a district of the organism affected by damage of such intensity as not to affect the vile country of all the cells of that district. This damage can be caused by physical agents (trauma, heat, etc.), by chemical agents (toxic compounds, acids, etc.) and by biological agents (bacteria, viruses, etc.). The response to damage, inflammation in fact, is given by the cells that have survived the action of it and therefore it is mainly a local reaction that medical terminology indicates by adding the suffix -ite to the name of the organ concerned (for example the terms tendonitis, hepatitis indicate inflammation, respectively, to a tendon and liver). It is said predominantly local reaction and not exclusively local as different molecules that are synthesized and released by the cells that participate in the phenomenon of inflammation pass into the blood and act on organs at a distance, in particular on the liver, stimulating the liver cells to release other substances that are responsible for the acute phase response to inflammation. The onset of fever and leukocytosis (increase in the number of leukocytes circulating in the blood) represent other systemic manifestations of inflammation. In itself, inflammation is a useful process for the body, as it allows to neutralize (if present) the agent that caused the damage, and to restore the normal condition pre-existing the harmful event. In the case of a muscle injury, for example, the resulting inflammatory process will be necessary above all to activate a repartition process of the damage itself (in this case the agent that caused the damage will be a physical agent, eg. trauma, and there will therefore be no need to eliminate the agent that caused the damage, as happens in other cases) .The best known symptoms of inflammation are the increase in local temperature, swelling, redness , soreness and functional impairment. The phenomena that cause these symptoms are mainly due to events involving the blood microcirculation. A very rapid initial vasoconstriction will be followed by the relaxation of the smooth muscle cells present on the walls of the terminal arterioles, with consequent vasodilation and greater blood flow in the area of ​​the trauma (hence the appearance of the local temperature increase and redness). Subsequently, the greater flow of blood "stagnates" in the area of ​​the trauma, thus increasing the viscosity of the blood (due to the aggregation of red blood cells and the exit towards the intracellular junctions of the "liquid" part of the blood); leukocytes will also begin to flow out of the blood to the extravascular compartment where they are recalled by particular cytokines. In this way exudate is formed, the cause of the swelling in the area of ​​the trauma, consisting of a liquid part and a part of cells suspended in it.
The set of processes just described is mediated by numerous molecules that trigger, maintain and even limit the modifications of the microcirculation. These molecules are called chemical mediators of inflammation, and can have different origins and different destinies. They are histamine, serotonin, arachidonic acid metabolites (prostaglandins, leukotrienes and thromboxanes), lysosomal enzymes, cytokines (type 1 and type 2), nitric oxide, the quinine system and complement system. Instead, the cells involved in inflammatory processes are made up of mast cells, basophilic granulocytes, neutrophils and eosinophils, monocytes / macrophages, Natural Killer cells, platelets, lymphocytes, plasma cells, endotheliocytes and fibroblasts. Inflammation is therefore a temporary process of regeneration and reintegration of the normal condition following damage; however, if the agents that cause the damage persist or there is a preferential production of type 1 cytokines, it can become chronic. In this case there is first of all a progressive reduction of the processes described above in the microcirculation - as occurs in healing -, while at the same time the cell infiltrate is progressively constituted by macrophages and lymphocytes which frequently arrange themselves around the vascular wall like a sleeve that it induces its compression. As a consequence of this, a state of tissue suffering occurs, determined both by the presence of the infiltrate and by the reduction of the blood supply caused by the vascular compromise. Subsequently, the fibroblasts can be stimulated to proliferate with the consequence that many chronic inflammation culminate in an excessive formation of connective tissue which constitutes the so-called fibrosis or sclerosis. For example, this is the case of cellulite, an aesthetic imperfection that affects many women, caused by the increase in the volume of fat cells in certain parts of the body (thighs, buttocks, etc.) with lack of fluid drainage and local inflammation processes that they can lead, in the most advanced stages, to fibrosis and sclerosis with the formation of micronodules that give the skin the classic "orange peel" appearance.

Free radicals are molecules or fragments of molecules characterized by the presence of one or more unpaired electrons and with independent existence; they are endowed with strong oxidizing or reducing power and are very unstable, as such they give rise to a series of redox effects with a clear prevalence of oxidative ones. The formation of free radicals is a process that occurs in many cellular biochemical reactions - for example they can be formed during the respiratory chain - but also due to the physical action exerted by the radiant energy on our organism; among the best known free radicals, the superoxide anion and hydrogen peroxide deserve mention.
Oxidative stress is linked to an imbalance between the production of reactive species (free radicals) and antioxidant defenses. In practice, oxidative stress can be defined as a disturbance in the relationship between pro-oxidant molecules and antioxidant molecules, capable of causing potential cell damage. Oxidative stress is in fact involved in the etiology of many chronic-degenerative disorders, such as cardiovascular diseases, diabetes, cancer and neurodegenerative processes (eg Alzheimer [1]). In intense physical activity, oxidative stress is a factor that can affect athletic performance. Intense physical exercise is known to cause an increase in biochemical reactions related to the need to produce the energy necessary to perform muscle work and this consequently also causes an increase in the production of oxygen free radicals, which can contribute to direct damage. to the muscle and the onset of post-workout muscle soreness symptoms.


Composition of the anti-inflammatory diet

We said at the beginning of this short article that the quantity of a single antioxidant (e.g. vitamin E or tocopherol, vitamin C or ascorbic acid etc.) contained in a food does not necessarily reflect its total antioxidant capacity (TAC total antioxidant capacity) [1], but that this depends instead on the synergy and the redox interactions between the different molecules present in the food [2]. as in vivo antioxidant compounds act with different mechanisms, therefore a single method cannot be used to evaluate the TAC of a food [3]. The three tools proposed by the aforementioned study are: Trolox equivalent antioxidant capacity (TEAC) [4], total radical-trapping antioxidant parameter (TRAP) [5] and ferric reducing-antioxidant power (FRAP) [6]. your country [7] has therefore taken care of determining these three parameters for the main plant foods, fruits, drinks and oils consumed in your country, thus creating a database from which it is possible to draw anti-inflammatory diet. Other studies worldwide have also carried out these determinations, and among the many it is worth mentioning the study entitled "The total antioxidant content of more than 3100 fodds, beverages, spices, herbs and supplements used worlwide" which appeared in the Nutrition Journal in 2010 [8]. In drafting the anti-inflammatory diet it is necessary to take into account that it will not be a single food that will be effective, as it will never be a Food Supplement - but rather it will be the synergy between foods that provide different antioxidant molecules - to counteract the inflammatory processes that occur, for example. , after a muscle injury, or to counteract the action of free radicals.Therefore, an example of an anti-inflammatory meal plan should include:

Such a diet has been shown to be able to reduce a systemic marker of inflammation such as Reactive Protein C [9].

During muscle exercise, high levels of ROS (reactive oxygen species), the so-called oxygen free radicals, are produced, which are associated with an increase in muscle damage with loss of muscle function. For this reason, over the years a lot of emphasis has been given to the possibility of supporting the antioxidant defense system with exogenous substances, in order to prevent muscle injuries and improve athletic performance. There are many articles published on this topic, and the consistent result is that antioxidant supplementation attenuates exercise-induced oxidative stress. Conversely, there is a growing body of evidence pointing to the detrimental effects of antioxidant supplementation over the health and performance benefits of exercise. A recent review [1] on the topic concluded that "more research is needed to produce evidence-based guidelines regarding the use of antioxidant supplements during exercise. Adequate intake of vitamins and minerals is recommended. minerals through a varied and balanced diet, as this remains the best method to maintain the optimal state of antioxidants in individuals who play sports. "