5 signs that you are not on the right track 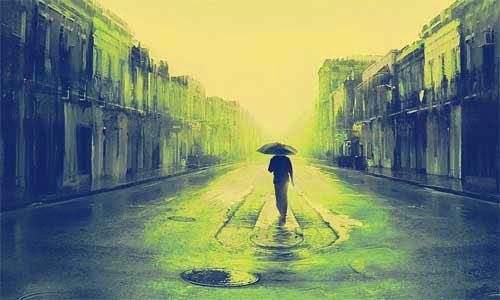 How to find your own way in life? Many people often associate success with luck. In fact, most of us, in front of an entrepreneur, only see the results and rarely think about the things that this person had to sacrifice and how much he had to work to get to that point.

Precisely in this detail, apparently irrelevant, lies the great difference that separates a person who has been successful from those who have tried, but have stopped halfway: it is the ability to undertake and overcome obstacles, especially when they appear. like an insurmountable wall.

Nobody said that the road to success is easy, but as soon as the first setbacks begin to appear, you start to think: “I was not lucky”, which means that we have already given up. However, success is not a matter of luck, it is a matter of commitment, sacrifice and consistency. It is about knowing how to manage failures and learn from mistakes to come out strengthened and get back to work as soon as possible.

How do you know when we have lost our way?

There are some signs that we are not on track to success and that we should reconsider a few things before continuing. You may have lost your way when:

1. You plan too many tasks that you won't be able to complete. Important goals include many intermediate stages, this is no secret to anyone. However, the problem begins when we are unable to logically structure these phases according to their level of complexity, the time and resources we have available. When you are not able to establish a hierarchy it can generate stress that will put the project at risk, so that you will feel exhausted, as if the forces were not enough to reach the predetermined goal.


The solution? Plan small steps gradually increasing complexity until you reach your ultimate goal. Calibrate your time and resources and set priorities. Without small goals you will not be able to advance.

2. You want to do everything yourself. Some people, when they embark on a project, think they won't need anyone's help, they feel self-sufficient. Fortunately or unfortunately, behind the great successes there has always been a group of people who have supported them. When it comes to an ambitious project you need to rely on others, if only to feed on new perspectives and tap into new ideas. To develop a project there is not only the need to open up to others, but also to learn to trust them and delegate tasks.

3. Ask others but don't follow their advice. The classic example is the person who brings his team together to evaluate the ideas of others, but then concludes that none of them were good and continues with his original plan, not because he is the best, but simply because it is his. . This is the most direct way to fail, because we are often so emotionally involved with our project that we don't think objectively. Listening to others is always useful because when you least expect it you can encounter an idea that brings a radical change to your project.

4. You are always right. A project involves teamwork, it is not a power struggle or a pitched battle. When you confront others obsessed with being right you are putting yourself on the defensive, thinking that your ideas are always the best, thus condemning yourself to isolation: and from here to failure is a step. Remember the words of Winston Churchill: "success is learning to go from one failure to another without despairing". This implies recognizing that we are not always right and that we can make mistakes.


5. You always have a good excuse not to move on. It may not be the right time, your financial situation is not good, or you have personal problems that prevent you from concentrating on your new project. These are all good reasons to postpone your project, but remember that successful people have faced similar situations and overcome them by taking advantage of them to strengthen themselves, and not as an excuse to give up. After all, the choice is always yours.

5 situations that allow you to get to know a person ❯