10 benefits of saying what you think 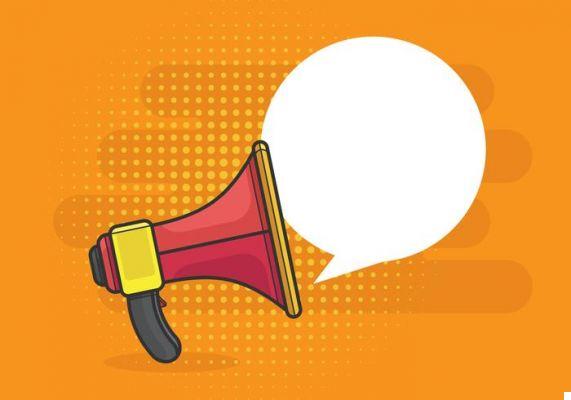 When in life we ​​leave too much room for "politically correct", we run the risk of getting lost and creating fragile relationships in which we do not connect from our essence, but only through social conventions. The consequences are terrible, not only for others but above all for ourselves. The philosopher Gabriel Marcel said: “when you don't live as you think, you end up thinking as you live”.

Nor is it about committing sincericide using sincerity as an excuse to hurt others and not work on our assertiveness. We need to find a middle ground where we can say what we think in the best possible way, for our own good and that of our relationships.

How does saying what you think make you a better person?

1.Promotes authenticity. We have a sixth sense for lying and untruth. In the same way we notice when a person fakes or hides something, we also notice when they are sincere and authentic. Being consistent, saying what we think and acting accordingly, is a form of self-expression that others tend to value positively because it generates trust. Authenticity also avoids cognitive dissonances and inner conflicts, leaving us more energy to grow.

2.Show we compromise. When a person is not in our closest circle of friendships, we usually activate the social character we have built. That character doesn't exactly help us solidify the bond, but he does care about maintaining a distant and politically correct relationship. Conversely, saying what we think can often be a way to show someone that we care enough to psychologically let go of that social mask. If the other person is honest, they will appreciate the gesture.

3. Strengthen the bonds. When people relate from authenticity and mutual respect, the relationship is strengthened. If we know that the other is honest and will tell us what he thinks, we will trust him and let our guard down. That kind of trust strengthens the relationship, a relationship that goes beyond social conventions because it means that we are both connected from the deepest part of the self, we have opened a way in us for the other to explore and get to know us better.

4. It is a sign of maturity. It often takes more courage to say what we think than to lie. If we also know how to express our opinions and emotions with tact and assertiveness, this is also a good sign of maturity. Honesty that doesn't hurt is a kind of "superpower" that can turn us into special people, the kind of people that others want to be around.

5. Eliminate junk motivates. Hiding our feelings leads us to accumulate a huge amount of "emotional junk". Those repressed emotions can end making us explode in the worst way, any situation can become the straw that breaks the camel's back. On the contrary, saying things when we hear them helps us to free ourselves from these negative emotions, so we avoid accumulating anger or resentment towards others.

6.Free from cognitive load. Making up stories and telling lies adds a huge cognitive load because we will be forced to remember the alternate reality and, in the long run, it will present the bill in terms of tension and stress. Instead, "if you tell the truth you don't have to remember anything," Mark Twain said. Being consistent and honest will free us from this burden, avoiding us having to remember lies or play the character we have built but who does not correspond to our true "me". Always saying what we think is liberating.

7.Avoid future problems. “Clear agreements, long friendship” goes an old saying. Saying what we think, so that others clearly know what our red lines are, will help us avoid the problems caused by misunderstanding in the future. Conversely, being too permissive when something is bothering us or telling lies can cause problems in our relationships.

8. Promote self-acceptance. “If you don't tell the truth about yourself, you can't tell it about other people,” Virginia Woolf said. To be consistent, it is necessary to start from a deep level of self-knowledge. We need to be clear about our ideas and values, as well as our emotions. We can only be consistent and authentic when we know each other enough and accept each other. It is also essential to be aware that our opinion is not a truth, so we must not develop an overbearing and authoritarian attitude which, instead of approaching others, pushes us away.


9.Increase self-confidence. Many times we lie because, according to our mental calculations, lying is cheaper than truth. Sometimes we are afraid of what others might think of us if we express ourselves in an authentic way and, to preserve that image we have built, we choose the simpler path. Choosing honesty, on the other hand, will help us lose fear of what others think and strengthen our self-esteem.

10. Attract more honesty. Saying what we think often has an "emulative effect" because it will encourage others to say what they think as well. We must remember that many people react by looking in the mirror that we show them, so if we relate through lies and conventions, they will tend to do the same. Conversely, if we are honest, others will be more likely to feel comfortable enough to tell us what they think. After all, "Being honest may not get you many friends, but it will get you the right ones," said John Lennon.

15 hidden stress symptoms that reveal you're on edge, even if you don't realize it ❯

add a comment of 10 benefits of saying what you think