Zeigarnick Effect: How To Defend Yourself, How To Exploit It 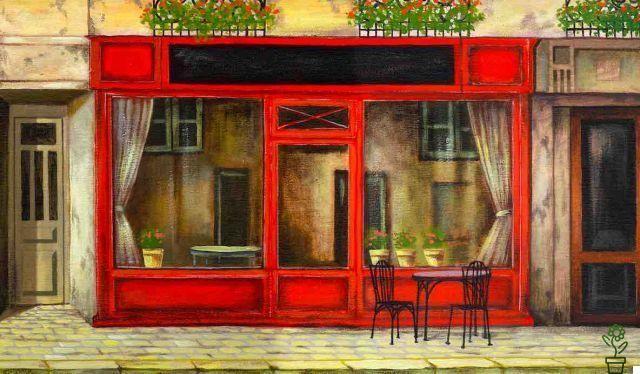 Do you ever, while you are doing something else, find yourself thinking about something you have left unfinished?

For example, a half-read book, a work commitment you haven't yet completed, a bill you haven't paid yet… or even a 10-year-old ex-girlfriend you broke up with without clearing things up?

The fact is that our brains it is not programmed to leave things unfinished.

And, when for some reason we do, he diligently keeps bringing them back to us, over and over.

In fact, he is afraid that, if not, we will forget them!

Is called Zeigarnick effect, from the name of Bluma Zeigarnick, the psychologist who, in the 20s, first discovered and described it.

Dr. Zeigarnick started with a casual observation made by a colleague of hers in a Parisian café.

He realized that the waiters:

Intrigued, Dr. Zeigarnick decided to investigate the matter with a series of subsequent experiments, which confirmed the intuition she had in the Café: if you start doing something and then don't finish it, it has a high probability of continuing to fidget. in your memory and go out in the most unexpected moments.

Which, frankly, can be really annoying.

Defend yourself from the Zeigarnick effect

Sometimes, the things left unfinished (or not) become so many that they crowd your brain and continually recur throughout the day, as recurring and intrusive thoughts.

When this happens, you feel like you are pervaded by a constant feeling of slight anxiety and, even worse, you can never fully concentrate about what you are doing at the moment.

With the result that:

How do you defend yourself from these negative consequences of the Zeigarnick effect?

I don't know if you've noticed, but people tend to "start" doing something a little too lightly.

When you start doing something, in fact, you are making a commitment either to yourself, or to others, or to both.

If you do not complete it, due to the Zeigarnick effect it will not give you respite, persecuting you in a thousand ways.

First, therefore, learn a think by priority, starting something only when it is really essential to do so.

Specifically, as I tell in the Eisenhower matrix article, if something isn't urgent or important, leave it alone, don't even start it.

To do this, it is essential to lose a bad habit: that of always saying yes every time someone offers us a commitment.


So learn to say good NO, first of all to yourself.

In fact, as I tell in this article, learning to say no is the best productivity tool that exists, because:

Do you know what is the easiest way to get rid of an intrusive thought? Take it out of your brain and write it down on a piece of paper.

Surely it will have happened to you, for example, to make a study or work plan and to feel relieved just in writing dates and actions to do.

Here, that's what you need to do with all the activities you haven't finished.

If you put them in writing on a to do list:

In this way you will immediately feel more serene, and you will also have built an effective system to carry them out.

Do you remember the Nike commercial?

In its first version, that of 1988, we see a man of about eighty running shirtless on San Francisco's Golden Gate. At one point, as he greets the cars, he starts talking and says:


I run seventeen miles a day, every morning. People ask me how I keep my teeth from chattering in winter. I leave them in the locker

Then, at the end, the Nike logo appears with the writing Just do it, "Just do it".

Here, that is the right mentality not to fall victim to the Zeigarnick effect.

There comes a time when what you have left open you have to "just do it", without further excuses and procrastinations.

Otherwise, the emotional and practical cost of not having completed that activity becomes, day after day, greater than the necessary sacrifice to carry it out.

In addition to defending yourself, you can also use the Zeigarnick effect in your favor ...

Even the longest of journeys begins with a step ...

Let's think about it for a moment.

We have seen that, due to the Zeigarnick effect, your brain presents you again and again with the activities that you do not complete.

But then, when you have to do something really important to you, the difference between starting and not starting it could be crucial.

Until you start, in fact, the activity in question remains a desire to which you return from time to time with your mind.

Once you start it, however, the Zeigarnick effect will cause it to come to your mind much more often, prompting you to take further steps to complete it.

Or, in other words: if you have an ambitious goal, a dream in the drawer, but you don't even start it, in the end it will remain in the drawer without bothering too much, but also without ever being realized.

If, on the other hand, you take even one small step to start it, it will start chasing you and asking to be finished. And you will have more chances to make it happen.

Not bad isn't it? A greeting. Armando.

add a comment of Zeigarnick Effect: How To Defend Yourself, How To Exploit It