What is Negativity bias and How can you overcome it 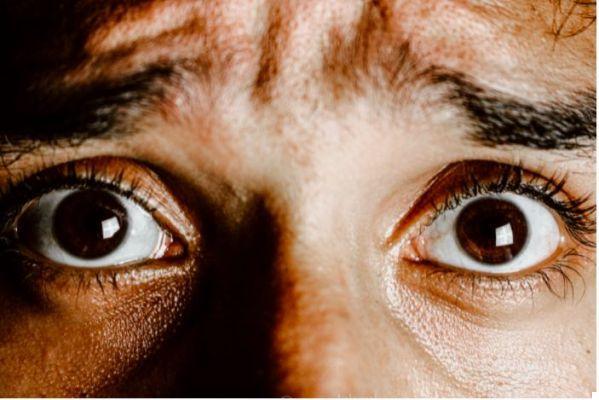 Negativity Bias we mean the natural tendency of our brain:

That is why, for example, they are enough

The negativity bias, in short, is the ability of negative events to trigger an erroneous and deformed perception of reality, the result of irrational beliefs and moods.

For this very reason, it can have a major impact on our lives, on the decisions we make, on the opinions we have about ourselves and our surroundings.

In this article we will then see:

What is the origin of negativity bias?

Imagine life on earth a few hundred thousand years ago….

You went to the river for a swim and suddenly a crocodile jumped out to eat you.

You were arguing with your cave neighbor and he planted a piece of obsidian in your back.

You heard the howl of an animal and, if you didn't hide quickly, a few minutes later you could find yourself being nibbled by it.

What do I mean by these examples?

That, as a species, we have evolved in an environment extremely hostile, in which, if you made a mistake, it was very difficult for you to get away with it.

It is clear that, in such an environment, he survived:

Negativity bias was therefore selected by evolution as a potentially positive trait for survival.

And it doesn't matter if, nowadays, the puppy that bites you is no longer a saber-toothed tiger and the guy who rings you at the traffic lights is unlikely to hit you with a club.

Just as it does not matter if a project went wrong or a failure to an exam will certainly not cause a stone expulsion from your tribe.

However, our brain is programmed as if these things could really happen, and will therefore pay the utmost attention to any negative event to which it is subjected.

The consequences of negativity bias

In today's world, the cost / benefit ratio of negativity bias is no longer as beneficial as it used to be.

The super-stimulation that negative experiences exert on our brain can have dire effects in many areas of our life.

Effects that can occur, for example:

In the most famous strategy manual of all time, Sun Tzu's Art of War, it says that "If you know your opponent and you know yourself, your victory is certain."

The first step to defend against negativity bias is therefore to know that it exists and works continuously to give us a deformed vision of reality.


We must therefore put aside the presumption that what we think is reality, and accept instead the fact that our brain always tries, albeit for a good purpose, to exaggerate what is negative compared to what is positive.

Once we realize this, it becomes easier to control our internal dialogue and redirect it towards a more optimistic view of ourselves and others.

Here then everything comes back into the right perspective and maybe you realize that:

Once you understand how negativity bias works, it's easy to recognize it in your thoughts and feelings, and you then have the option to restructure and reframe them accordingly.

In addition to acting on the negative part of your thoughts, trying to reduce it to rational dimensions, you can then do a second action, equally important: to value what is positive in your life, in yourself, in your experiences, in others.

The most effective way to do this is to keep a journal in which to write down everything you are grateful to exist for every day.

In fact, as we have said, our brain tends to pay maximum attention to what is negative, completely forgetting what is positive, almost taking it for granted.

Here then is that if one, as soon as he gets up in the morning, brings his brain to his desk and forces him for a moment to remember all that is good in his life, the whole day can drastically change.

If you learn to be grateful that you have, for example, a job / children / a partner / a home / dreams / friends / hobbies / the opportunity to study / whatever else is good about your life ...

… .There is that when you ring at the traffic lights, or you go wrong with a question, or a colleague treats you in a rude way, it will be easier to say to yourself "You can understand if I let my day be ruined by such nonsense!".

And even when the events are really very negative, because unfortunately in life it happens, you can still begin to rebuild your serenity on what is positive left.

Leverage negativity bias in your favor

Do you remember what we said at the beginning about what negativity bias is?

It is our brain's natural tendency to:

That is, in other words, we learn much more from mistakes (negative events) than from successes (positive events), because mistakes grab our attention more and form one much stronger and more stable brain memory trace.

So if you want to learn more, you have to accept that you are wrong more.

Except that we, precisely because of the psychological effects of the negativity bias, hate making mistakes.

And, to avoid it, we stay as much of it as possible within our comfort zone and the limits we have set ourselves.

But it is precisely beyond these mental blocks that enormous horizons of growth and learning open up.

To achieve them you just have to convince yourself that getting involved and risking something isn't as bad as your brain makes you believe.

What is Tenacity and How to Develop It ❯