What if fast food is vegetarian?

When we think of a fast food it is inevitable that our mind will immediately run towards the most widespread chain in the world in this field. Those who are attentive to the environment and their health carefully avoid setting foot physically and prefer not to go further with the imagination, thinking for example of the origin and production methods. of the dishes of the menus proposed by McDonald's.

In the past we had already made it clear some valid reasons to learn to say "no, thank you" to junk food, starting from the absurd ingredients contained in sweets and sauces, up toenvironmental impact of the production machine set in motion by the well-known fast-food restaurant. The first step to eating healthy outside the home, for example on a lunch break, would be to bring with you some dishes prepared with your own hands.

We know that due to lack of time and for a thousand other reasons this is not always possible. If it is Vegetarians o vegans the question becomes more complicated, since it is not always easy to find valid, various, healthy and certain alternatives in the common refreshment points. However, something in the world is moving and a certain air of innovation is also reaching your country. Fortunately, our country is proving to be more sensitive to those who wish to consume fresh meals, free of meat and / or animal derivatives and rich in ingredients from organic farming or a km. 0.

The first European countries to open a vegetarian fast-food chain were Germany ed Holland. It was in Amsterdam that the first Maoz Vegetarian opened in 1991, a fast food restaurant that offers a fast and simple catering service, but at the same time delicious, nutritious and absolutely vegetarian. The flagship of the chain, which in the meantime has become an internationally recognized brand with numerous franchised outlets in Europe and the United States, are the falafel (chickpea balls) served in a pita that can be completed with numerous vegetables and sauces of your choice. But also the many fresh salads. 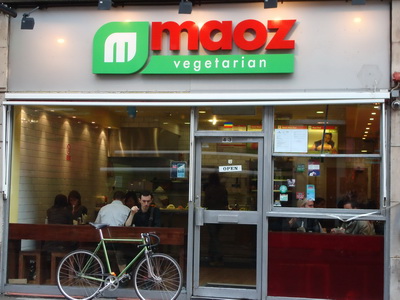 Probably the quality of the Maoz offer is not very high and this is how it is always born in Holland and is literally depopulating The vegetarian slager, a chain that in the space of a year, starting from October 2010, has opened 30 refreshment points. The offer provides environmentally sustainable menus, with a large variety of vegetarian and vegan dishes, intended for that range of more sensitive population to health and environmental issues, but with the intention of attracting the attention of an increasingly large group of people, considering that, according to statistics, over 70% of the Dutch do not consume meat on a daily basis. 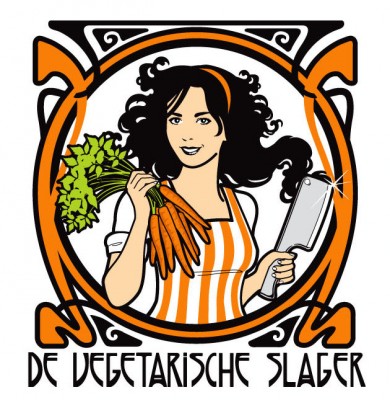 In Germany the first small vegetarian fast food chain, with an offer of dishes made from organic ingredients of certified origin, opened in 2006. Unfortunately the adventure of the Gorilla Fast Food it was not very fortunate economically. Born from the idea and investment of 34-year-old Mattias Rischau, the chain suddenly closed on June 30, 2009, after opening its fourth venue in Berlin. However, the German capital hasn't been without a vegetarian fast food restaurant for too long. It has recently opened Yellow Sunshine, offering highly vegetarian and vegan drinks and dishes, including veggie burgers, soups, fresh fruit, yogurt and soy milk.

Wanting to browse the overseas fast-food restaurants, where McDonald's still reigns undisputed, we realized the commitment of numerous indicate with extreme precision in their menus all those dishes without animal derivatives. TO New York, Otarian, a vegetarian and organic fast food restaurant, opened just over a year ago. The menu includes hot and cold vegetarian and vegan dishes (or with a vegan option), including take-away and gluten-free dishes. Otarian is planning to open new food and beverage outlets in London and Australia. 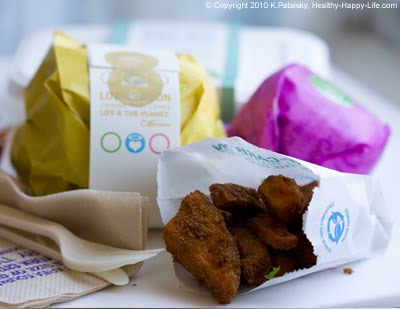 And as for theyour country? In our country would a vegetarian fast-food restaurant be successful? The adventure of Cocos, opened in Via Dante a few years ago, had a short duration, despite the fact that the place was often crowded. Customers were particularly attracted by the offer of tasty dishes such as dumplings, veggie burgers and soups. A few months ago Almaverde Bio has decided to launch the first service of Delivery of organic ready meals at reasonable prices.


Across your country, with a higher concentration a , are spreading i Juice Bar, places, often in franchising, in which fresh fruit and vegetables, mostly of biological origin, are served in the form of smoothies, centrifuged, fruit salads and salads. Cold dishes are frequently accompanied by cereal soups, such as barley or spelled, or with vegetable soups. Places of this type, in the Lombard capital, are for example Jungle Juice e Strawberries and Carrots, also present in Monza and Torino. In the province of Varese has only been open for a few months Arsizio taste, vegan bar and gastronomy, with hot and cold dishes to be consumed on the spot or take-away. The offer varies from week to week and includes first courses, second courses, desserts and more. TO GenoVa Food And Books is a very original place that offers vegetable burgers, first courses with pasta and whole grains, sugar-free desserts that follow the rules of natural pastry, all without animal derivatives and with options for celiacs.

In the absence of vegetarian fast-food chains as widespread throughout your country as the ever-growing ever-growing McDonald's despite the protests, vegetarians and vegans can orient themselves, when they find themselves eating their meals away from home, choosing from one of the places with veg options *proposed by the guide Green Restaurants, or go in search of the place that best suits your needs via the website Green courgette, which includes vegetarian and / or vegan restaurants, bars, pubs and pizzerias in its list. There is also the possibility to leave your own review or to enter a new place.

add a comment of What if fast food is vegetarian?