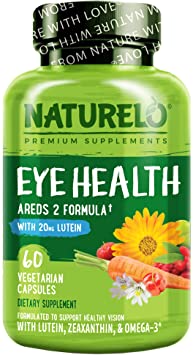 The eyes, like all other organs, also benefit from the foods and vitamins they contain.

La Vitamin A and its precursors (in particular beta carotene) are involved in the mechanism of twilight and daytime vision. Vitamin A deficiency, consequently, leads to a deficit in night vision and xerophtalemia (dry eye and blindness caused by opacification of the cornea). This explains why this very important vitamin is the essential ingredient for eye health.

Does the saying "carrots are good for the eyes" have any scientific basis? Yes, because its veracity has been proven by modern science. In fact, there is a direct connection between vitamin A, generously contained in carrots, and eye health.


A lack of vitamin A could cause serious consequences for vision: eye fatigue, sensitivity to light, dry eyelids, decreased immune defenses with increased susceptibility to infections, ulceration and, in cases of greater severity, irreversible blindness. It should be remembered, however, that vitamin A deficiencies are unlikely, considering that nature offers a large array of foods rich in this vitamin: in addition to carrots, pumpkin, milk, eggs, liver and animal foods in general are also sources of vitamin A. For example, half a carrot is enough to meet the body's daily requirement of vitamin A.
As we have seen, carotenoids are pigments that paint plants with the typical bright colors: among the carotenoids, lutein and zeaxanthin stand out, two substances that prevent the onset of eye diseases. Lutein is known for its anti-radical and vision-protecting properties: it is found mainly in spinach, lettuce, peas and cabbage. Zeaxanthin is present, however, in peppers, corn, egg yolk, mango and spinach: its deficiency could cause blindness in the elderly.

Vitamin B2 and C

Also the Vitamin B2 it is closely linked to the proper functioning of sight and the maintenance of eye health: its deficiency, in fact, could cause burning, sensitivity to light, itching, tearing, up to paralysis of the eye muscles. This vitamin is found in the liver, grains, yeast and eggs.


Also the Vitamin C plays an essential role in eye health. Being the antioxidant par excellence, together with vitamin E, ascorbic acid protects the body from attack by free radicals. For this reason, vitamin C could be a valuable aid in the prevention of some degenerative ocular diseases. Vitamin C is useful in the treatment of glaucoma and could counteract the progressive loss of vision, avoiding "hardening" of the eye. It is also used in the prevention of corneal ulcers and is useful in the elimination of infections. It is omnipresent in vegetables, in particular it is found in lemons, citrus fruits in general, broad-leaved vegetables, strawberries, peppers, tomatoes and cauliflowers.

Also the Vitamin E, or tocopherol, has antioxidant potential: for this reason it could be useful for the prevention of ocular disorders such as cataracts and AMD (macular degeneration of adulthood). Vitamin E could decrease the severity of the acute phase of reticular fibroplasia (severe alteration of the visual structures behind the lens, which often leads to blindness); in addition, vitamin E has also brought positive results in strengthening the eye muscles and preventing blurred vision. Its deficiency could be a contributing cause in the detachment of the retina. Vitamin E is found in foods such as cereals, almonds, corn oil, wheat germ oil, hazelnuts.

Just as the body benefits from a correct diet, the intake of a good amount of vitamins is also essential for eye health: this article mainly deals with eye disorders related to vitamin deficiencies. It should be remembered that an excessive intake of vitamins can also cause visual disturbances of varying degrees. For example, excessive vitamin D supplementation could cause calcification of the conjunctiva and cornea.