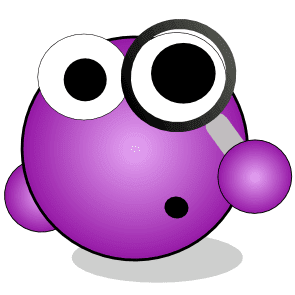 Identify the Lies and lies it is a fairly widespread concern. Of course, among all there is no shortage of psychologists who have dedicated themselves to establishing parameters to identify them and those who have even concentrated their studies on our ability to discover deceptions. What are the results? We are bad detectors of lies, even if these are spoken by children. A very interesting study tells us that only 50% of us are capable of detecting childhood lies. Bond studied our relationship with the lies involving volunteers from 60 different countries. One of its goals was to determine what criteria we use to identify deception; the ideas that people offered coincided: 1. People who lie have a tendency to move their hands excessively; 2. People who lie tend to move frantically in space, and 3. People who lie tend to look away. These beliefs, which are quite widespread worldwide, are not entirely certain. The best option for identifying lies is to focus on the structure of the speech, in the intonation of the voice or in the slightest changes in facial microexpressions. In another article: "How to expose a lie?" I have already mentioned a fairly simple form that is based in the analysis of speech to identify who is lying, now I am going to point out some different useful ideas to unmask a liar: 1. The voice. When people lie, the tone of their voice changes subtly. Sometimes the voice trembles barely noticeably especially when describing uncertain details. Some people raise their voices in an attempt to make what they say more believable while others inadvertently lower it as if they are experiencing some sort of shame at the lie they are going to tell. 2. The details. Experienced liars tend to offer very few details in the hope that the inconsistencies in their story will not be discovered. Conversely, people less used to lying offer too many details that may be irrelevant to us and that in other circumstances should not be disclosed. They display a tremendous memory for absolutely irrelevant information, as liars tend to give it more importance in an effort to bolster their credibility. Paying attention to the details proposed to us in the speech is the surest way to unmask a lie. 3. The break. Normally, when people lie, they tend to take a lot of breaks. They continually stop during the speech in the attempt to restructure and rethink how to give coherence to an uncertain story. 4. Moving away from the theme of the story. One of the most common strategies of people who lie is to try to distance themselves from the topic. The tactic used is to shift the conversation to other diametrically opposed themes. This sudden interest is perceived as a stretch. 5. The look. While it is a myth that people who lie tend to look away, it is certain that since it is such a widespread idea in our culture, liars will make sure to pay special attention to where they direct their gaze. In this way, the person can keep the gaze for a non-prudential time. It is normal for the gazes to cross and deviate continuously during a conversation, the person who lies will tend to keep his gaze directed at our eyes for a longer period than normal. In any case, regardless of these tips, the most important thing, as already mentioned on other occasions, is to apply them flexibly and know how to use them in different situations. Absolutely no information that is applied rigidly and out of context will be useful to us.

Lies: Are They Discovered by Looking at the Eyes? ❯

add a comment of Lies and lies: 5 tips to identify them