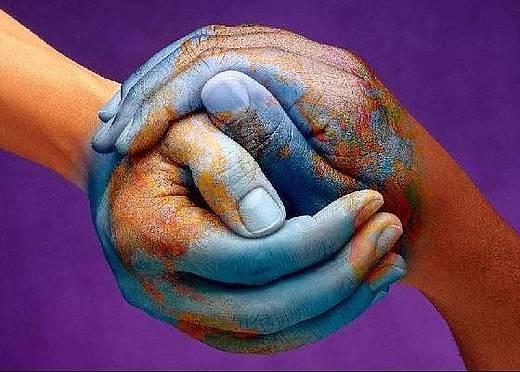 The conflicts, the fights for
defend their interests and discussions, they can develop in any
moment of our life. However, in some circumstances, one report
conflictual can be redefined as convergent.

A perfect example of how dealing with conflicts using the
convergence, was described by psychologist Marx Wertheimer: "The 12-year-old boy we will call John, was obviously more capable
of 10 year old boy (Mario) playing tennis. Giovanni was winning one
game after game, until Mario threw away his tennis racket very angry,
and said he would never play again. Giovanni was a bit disconcerted and
irritated. He was having fun and, most of all, he was winning. Mario yes
he was amused too at first, but he didn't like the fact that he kept going
lose continuously. Giovanni tried to convince Mario to continue on
play, since if Mario stopped playing he would have stopped playing too
to play, and consequently to win. Suddenly a solution came to him:
- I have an idea - he said - Let's play another way: let's see for how long
we manage to keep the ball in the air by dribbling between us and we count
how many dribbles do we do before the ball falls. - Mario accepted with pleasure e
they played this way. Mario had more fun in this way, of course, and
John also, as he evidently realized he was winning all the time
with those who are younger and inexperienced it was not a very satisfying experience. " What happens in this story?
Simply that two children converged a situation in the
which interests were divergent, conflicting. So, like this
they both won something. Indeed, our relationships with
other people can be broken down in terms of play, with interests
convergent and divergent, in which communication is an essential part. In the example,
if both children got mad and stood still in theirs
positions without communicating, they would not come to an agreement and they would
stopped playing. Of course, it must be said that communication
it loses its sense if there is no mutual trust, given that in this way
we'll just be trying to deceive the other. This means a situation
it can be more or less convergent or divergent not only depending on
our communication skills but also how much we will trust in each other. In general terms we could say
that when two or more people are involved in a set of interests
converging, there is a positive interdependence. On the other hand, when in the
process of coordination or sharing divergent interests arise, it is produced
a negative interdependence; the psychological basis of the conflict. At a basic level, interdependence
demands that people try to coordinate their preferences, intentions and
expectations with the preferences, intentions and expectations of others.
Sometimes coordination arises implicitly, such as when two people
together they lower the tone of voice, the articulation and the distance between them
without realizing it. However, many times coordination arises from
explicit knowledge that people have of their interdependence and of
deliberate efforts they make to "put themselves in the other's shoes". Thus, the best form for
dealing with conflicts is to try to make a situation happen
apparently divergent may convert to convergent, reason for the
which, obviously, will require a willingness to dialogue and trust
mutual of both parties.
Facebook: how it makes us unhappy ❯