Vegan nutrition: is the risk of fractures higher? 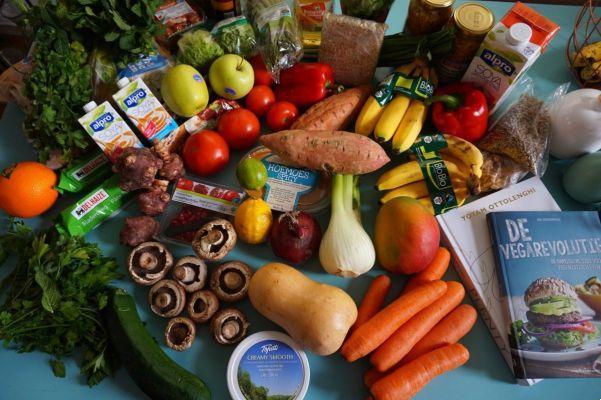 Follow a vegetarian or vegan diet could increase ithe risk of fractures, according to a recent study published in the scientific journal BMC Medicine.

It is now known that calcium is a very important nutrient for bone health, which can be deficient in those who follow a diet without food of animal origin, when not well balanced.

Some previous epidemiological studies they had already found that vegetarians (those who do not consume meat and fish, but take their derivatives, such as milk and eggs) have on average a lower bone mineral density than omnivores.

However, the Body Mass Index (BMI) is also very important: it would seem that the bone mineral density is lower precisely in vegetarians with a lower than average BMI.

Types of diet and fracture risk

A new research wanted to specifically analyze the association between the type of diet and the risk of developing fractures.

It involved about 55,000 men and women of the United Kingdom who have been followed for nearly 18 years and, based on eating habits, they have been classified into:


Vegan and vegetarian diet and fractures: the author's study and considerations

After calculating their intake of food and nutrients (Including football e protein) both at the beginning of the study and in the subsequent follow-ups through questionnaires, the correlation between diet and risk of fractures was analyzed.

In particular, with regard to vegetarians, the risk was higher only for individuals who were over 50 at the start of the study, while in vegans, regardless of age, the risk was higher especially in postmenopausal women and those with low levels of physical activity and BMI.

Furthermore, a higher risk was observed in vegans also for other types of fractures (including in the legs, collarbones and vertebrae), except for the wrists, arms and ankles, for which there was no difference between the groups.

These findings could be related to a lower BMI and lower calcium intake in individuals who ate a diet with little or no food of animal origin.

The study is not without limitations. For example, the number of vegetarian and vegan participants was significantly lower than omnivores and pescetarians. Therefore, new research will be needed to confirm the findings and define the causes.

It should be emphasized that any unbalanced, omnivorous, vegetarian or vegan diet which may be due to nutritional deficiencies and possible disorders. Furthermore, it is now known that excessive meat consumption is associated with a greater risk to health, therefore, it is not necessary to draw hasty conclusions and following a balanced diet, in general, is certainly the wisest choice.

The same author of the study, Tammy Tong, says: “Well-balanced, predominantly plant-based diets can improve nutrient levels and have been associated with lower risk of disease, including heart disease and diabetes. However, people should take it into consideration both the benefits and the risks of their diet and make sure they have adequate levels of calcium and protein and maintain an adequate BMI, which must not be too low or high ”.

Vegetarian and vegan diets and risks of total and site-specific fractures: results from the prospective EPIC-Oxford study

Audio Video Vegan nutrition: is the risk of fractures higher?
May fruit and vegetables ❯

add a comment of Vegan nutrition: is the risk of fractures higher?