Tuck Squat | How is it done? Muscles involved and common mistakes

On the web it is enough to write “tuck squat” to open a world: as in many fields, the nomenclatures are often confusing and there is the risk of making mistakes or inaccuracies.

The tuck squat is often used as a synonym for the tuck jump, that is the classic jump with knees bent where starting from the standing position you perform a jump bringing the knees to chest height and then land again with legs semi-flexed.

Since the tuck jump mechanics have already been covered in another article, we will then analyze the tuck squat in another "guise", starting from the name itself:

Loosely translated, the tuck squat can be understood as a progression of the pistol squat (squat on one leg) where the non-resting leg is flexed and gathered close to the chest.

As for the pistol squat, even more so for the tuck squat the execution is not easy for a novice, for this reason different tricks and preparations can be used to get to the standard execution. 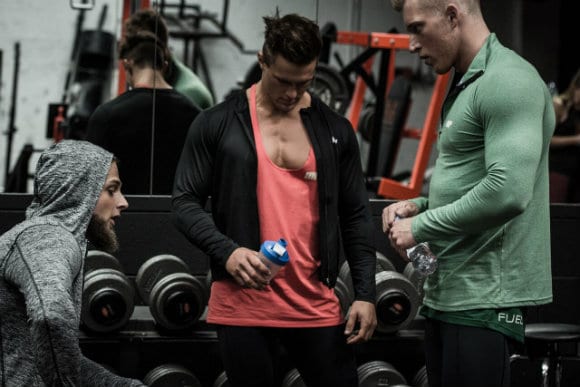 The canonical technique of the tuck squat involves starting in an upright position, where one moves to a monopodalic support by grasping the limb raised from the ground with the ipsilateral arm.

The contralateral arm acts as a counterweight and serves to stabilize the position.

The descent takes place by flexing the hip in a very accentuated way, keeping the heel strictly placed on the ground and well loaded (this allows to keep the tibia as perpendicular as possible to the ground).


During the descent phase, unlike the canonical squat, it is normal to lose physiological curves due to the nature of the support that requires a truly excellent ankle-tarsal mobility: while for a free-body squat, with medium mobility it is possible to keep the lumbar curve optimally, for a monopodalic squat, pistol or tuck be it, an average mobility is not enough, so I recommend to work a lot on this characteristic to improve your technique.

The pushing phase takes place on one limb obviously, feeling the weight distributed on the back of the foot well (always with the heel glued to the ground), until the hip is stretched and returned to an upright position.

One of the first steps is to perform a excellent heating of the ankles, working a lot on the mobility of the ankle joint: a bad mobility of this joint is already in itself a handicap for the canonical squat, let alone for a monopodalic squat.

The first approach to exercise is to reduce the range of motion: a bench, a chair or a stool, so as not to reach the complete squat when you are not yet familiar with the exercise and enough strength to perform it.

Once the movement is learned, progress can be made eliminating the support under the buttocks and making the full movement on one leg with the assistance of a trx or simply a bar, grasped with the free hand: initially you will help yourself by pulling and eliminating part of the load from the leg, then later the support will be used only to maintain balance.


Once you have managed to complete the exercise, without the aid of support, as a last step to cover the joint mobility gap, you can start placing a marker under the heel support, to begin to feel the weight loaded on the heel even if our mobility does not yet allow us to support it.

This type of squat is considered an upgrade of the pistol as keeping the leg close to the body constitutes a more concentrated load, adding a deficit in balance and stabilization. 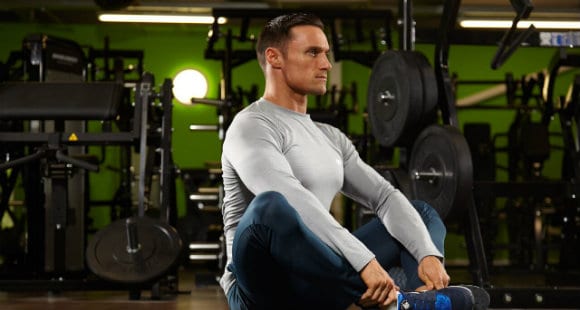 the muscles most involved are obviously those of the lower limbs in particular:

In short, the squat tuck remains a very complicated exercise to perform that requires several preparations, however, once inserted in your inventory of exercises, it remains one of the most stimulating bodyweight exercises for the whole body starting from what it can give to your lower limbs. in terms of strength and endurance, but also to your core and your balance! A respectable exercise that deserves to be learned!

Audio Video Tuck Squat | How is it done? Muscles involved and common mistakes
All about BCAAs ❯

add a comment of Tuck Squat | How is it done? Muscles involved and common mistakes