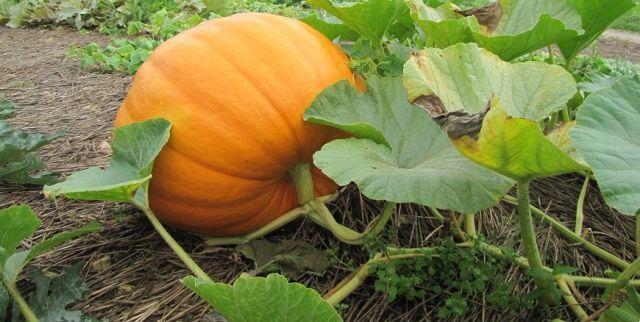 The term pumpkin refers to various vegetables of the Cucurbitaceae family.

There are many varieties of squash, each with slightly different organoleptic and nutritional characteristics. In general, anyway, pumpkin is a water-rich and low-calorie food.

Like all vegetables it is orange in color rich in carotenes; it also provides a good amount of minerals, especially potassium, sodium, magnesium and phosphorus, and vitamin E.

100 grams of pumpkin contain less than 80 calories. Pumpkin has diuretic and calming qualities.

It can be cooked in many different ways, let's see some of them.

Pumpkin has a very delicate and sweet taste that makes it suitable for many different preparations.

Baked pumpkin it's a very fast way to bring this food to the table and to prepare a healthy meal. Just cut the pumpkin into rather large pieces and cook it in the oven at 180 degrees until the pulp is cooked.

Cooking times depend on the size of the pieces and the type of pumpkin; in any case, it is ready when, putting a fork in it, it is soft.


Once cooked, cut it into thin strips and season with a pinch of salt, a drizzle of extra virgin olive oil and, if desired, a drop of balsamic vinegar of Modena.

A variant of this recipe is to cook the pumpkin in the oven already cut into thin strips, which we will have previously placed on baking paper. This recipe can be enriched in many different ways, for example with a few thin slices of raw onion and walnuts.


Read also Pumpkin: properties and benefits in the kitchen >>

Cut the pumpkin into sticks, exactly as we would do with potatoes, and fry it in boiling oil for about 5 minutes.

Collect it with a slotted spoon and lay it on absorbent paper. Season with salt and, if desired, with a chopped rosemary.

Pumpkin in a pan

Cut the pumpkin into cubes and cook it in a pan with a little extra virgin olive oil, an onion cut into very thin strips, a pinch of salt and a little water.

Do not add a lot of water because the pumpkin is already very rich in it. Cook over a very low heat, with the lid on, for about 15 minutes.

Cooking times vary according to the type of pumpkin and the quantity. When cooked, season with salt and black pepper and serve. If the preparation is too watery, finish cooking by raising the heat and removing the lid.

The sweet and sour pumpkin is a very tasty side dish, typical of Sicilian cuisine.

Preparation: cut the pumpkin into squares or rectangles about one centimeter thick. Fry in abundant extra virgin olive oil for 4 or 5 minutes. The pumpkin must be cooked but rather firm. Collect the pumpkin with a slotted spoon and place it on a tray.


Discard part of the oil used for frying and keep about 150 grams in the pan, add the previously peeled and thinly sliced ​​garlic cloves, sugar and vinegar.

Allow the sauce to reduce over high heat and, when ready, pour it over the previously cooked slices of pumpkin. If you want, you can finish the dish with a few leaves of fresh mint.

Sweet and sour pumpkin is a very tempting dish, but it is certainly not light. If you want to prepare one lighter version, to be able to taste even more often, you can try this variant:

The ingredients for 4 people are the same.

The pumpkin, however, is cooked in the oven and then cut into thin slices, before placing it on a tray. Separately, in a pan, prepare the dressing, without frying anything and putting, all together, a whole cut clove, extra virgin olive oil, half a glass of apple cider vinegar or white wine and a tablespoon of sugar. Allow the sauce to reduce, remove the garlic and pour over the pumpkin previously cooked in the oven.

Audio Video Top vegetable of November: pumpkin
Goji berries, properties and how to choose them ❯

add a comment of Top vegetable of November: pumpkin