The varieties of pepper and their use 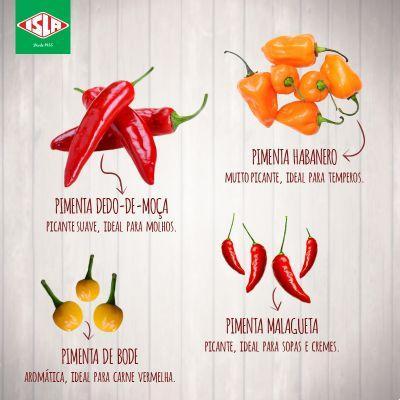 Pepper is a very used spice in our kitchens thanks to its ability to make dishes deliciously spicy. Native to tropical lands, this spice is widespread and used mainly in southern India. Traditional since the dawn of time and already known in Ayurvedic medicine, pepper has arrived on the tables of Europe thanks to the travels of oriental spice merchants. Currently also in the country pepper is an aroma that has become traditional in the territorial cuisines of most of the peninsula and in particular in the south of the country.

Pepper is a large tree that takes the scientific name of Piper nigrum and belongs to the botanical family of Piperaceae. This plant is native to tropical areas and is widespread in Southern India.

The types of pepper are differentiated according to the harvest and the method of preparation of the pepper fruit. There are thus three types of pepper: black pepper, white pepper and green pepper.

Properties of the types of pepper

Each of these peppers contains a particular active ingredient la in different dosages piperine. Surely black pepper is the richest in this substance however, white, green and pink pepper also have good percentages.

La peperina ha slimming properties thanks to the inhibition of the formation of adipose tissue cells with a consequent decrease in fat mass; also this substance it has excellent digestive properties because it stimulates the production of saliva which allows the increase of gastric juices and prepares the stomach system for better digestion.

The extra peperina is a natural antibacterial which controls bacterial proliferation while also helping to boost the immune system. Finally it has even been studied as antitumor thanks to its ability to stop the proliferation of cancer cells.

The use of pepper as a natural remedy is very ancient but we also reiterate that it is a spice and therefore it should be used in minimal quantities in order not to incur contraindications such as gastric irritation, acidity and hemorrhoids.

Other types of pepper

Pink pepper instead it is always obtained from the berries of a tree but of another species of plant with the scientific name Schinus molle. The clusters of the berries of this plant are harvested when ripe when the color is an intense dark pink and the peel is removed. Subsequently this part of the peel is toasted and ground to obtain the so-called pink pepper. Its flavor is much more delicate and less spicy than classic pepper and is mostly used in sophisticated and refined recipes. The peculiarity is also to have a light lemon aroma that gives even more freshness to the dishes. In the East this type of pink pepper is widely used and has been traditional in Japanese, Tibetan and Chinese cuisine since ancient times. This pepper is also known by the name of Peruvian false pepper or Schinus pepper.

Cayenne pepper it is actually a fake pepper because it does not derive from the berries of a pepper fruit but from the grinding of a kind of chilli pepper, the Capsicum annuum. In fact, this particular cayenne pepper is grown and harvested to then be dried and turned into powder.

Its shape and its spicy flavor make it similar to pepper but the reality is that it is not a real pepper. Properties differ from classic pepper because it does not contain the same active ingredients but is still used as a blood flow stimulant and as a general tonic.

Its rubefying action is given by the capsicina manages to also have a pain relieving and anti-inflammatory effect nvery effective natural. His activity to regulate body temperature allows you to help in cases of flu, cold, fever, congestion and cough.

Pepper and other natural antibiotics

Audio Video The varieties of pepper and their use
Hybrids of prunaceae, forgotten fruits ❯

add a comment of The varieties of pepper and their use