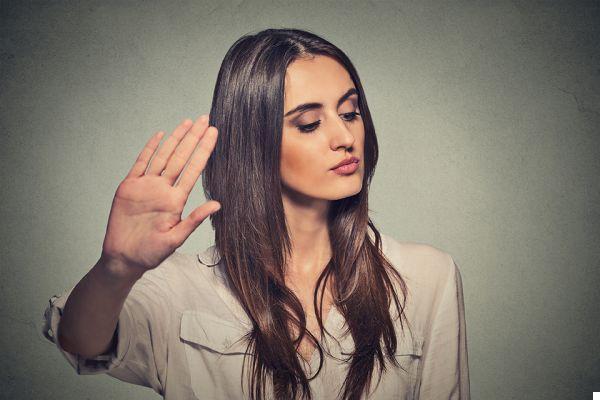 Intelligence is a complex skill, it not only involves being able to quickly process information and merge seemingly unrelated ideas to solve problems, but also being flexible enough to change direction when we find ourselves in a bind and even have a high level of self-control

However, researchers at the University of Rochester found that smarter people have another trait in common: being able to block or ignore useless information. The brains of people with higher IQs automatically ignore irrelevant information.

Blocking irrelevant information is a feature of a more efficient brain

A group of people underwent a series of tests that assessed their IQ (IQ), then saw a video showing them small and large objects moving, very slowly, left or right on a screen. The goal was to identify the direction of movement.

Because we know that it is harder for our brain to follow the movements of large objects, but it is finely tuned to detect the finer movements as these can pose a greater danger. Therefore, this task reveals how efficiently our brain functions when processing all kinds of stimuli.

These psychologists thus discovered that the differences between people in correctly identifying the direction of movement of small and large objects had a close relationship with their IQ The pattern was clear: the more difficult it was for them to detect larger movements and the more precise were with the small ones, the higher was the IQ


Blocking out what isn't important is also essential to being happy

Being able to ignore anything that isn't worth it not only allows us to process information faster and focus on our goals, it's also essential to being happy. Indeed, one of the keys to emotional balance is precisely to be able to analyze the facts in their right measure, without giving them more importance than they have or deserve.

Therefore, the happiest people share a common trait: they turn a deaf ear to those things that harm them and bring nothing of value. These people block:

- The destructive criticism, because they know that these kinds of opinions say more about those who criticize than those who are criticized, being aware that they cannot bring value to them but that their goal is often only to cause harm.

- The little daily frustrations, because they understand that a mishap is not a good enough reason to ruin their day. These people have learned to flow, quickly releasing the negative emotions that can be generated by small daily setbacks and conflicts.

- Toxic peoplethey know that in order for someone to harm them, they must first give him the power to do so. Therefore, the smarter and happier people do not allow others to unload their fears, frustrations, anger and anxiety on them.

- The negative inner dialogue, because they are aware that sometimes we are our own worst enemy. Therefore, these people learn to master the inner dialogue or, at least, do not allow it to make them feel bad or prevent them from pursuing their dreams.

add a comment of The smarter people block useless information