The lies: we lie more in emails 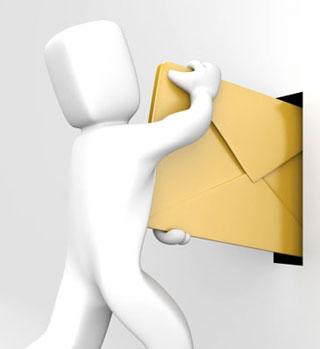 People lie more in email than when they write with pen and paper. With this curious result we are surprised by Naguin, a researcher at the University of DePaul, who tested the honesty of 48 students of the Business Management course with a financial game.

These students were offered an imaginary sum of $ 89, then they had to decide how much of this sum they would confess to their partner and how much of it they would be willing to share with him. Some of the participants shared this information via email while others had to write it down on a piece of paper. The results surprised the researchers themselves: 92% of the young people who shared the information via email lied, while only 63% of those who shared it by writing it on a paper gave false data. Even more interesting was the fact that people who lied in emails felt less responsible by offering more justifications for their behavior. Surprised by this difference in behavior, apparently due to the simple fact of having changed the method of transmitting information, the researchers decided to replicate the test, this time in an informal setting outside the laboratory. On this occasion a total of 177 managers took part in the experiment. The participants formed groups of three in which each member had to act as if he were the manager of a science project trying to obtain a cash fund. Real money was used to make the game as real as possible. We emphasize that the participants knew each other and were told that at the end of the game all lies would be revealed. Once again the players had to share the information by email or by writing it on a piece of paper. Again, people who used email to communicate tended to lie and cheat more than others. This study in which lies and technology are related is not the first of its kind, in a previous article I had already referred to the fact that people tend to lie more in text messages sent over the mobile phone. What are these differences due to? From my point of view the answer is very simple: people feel that email is a fairly impersonal medium and therefore do not fully identify with what they write. This causes their responsibility to vanish in front of the screen. On the contrary, we traditionally consider writing on a sheet of paper a form in which we feel more personally involved and for this we would be more cautious.

Caricatures: what illusion do they hide? ❯

add a comment of The lies: we lie more in emails