Caricatures: what illusion do they hide? 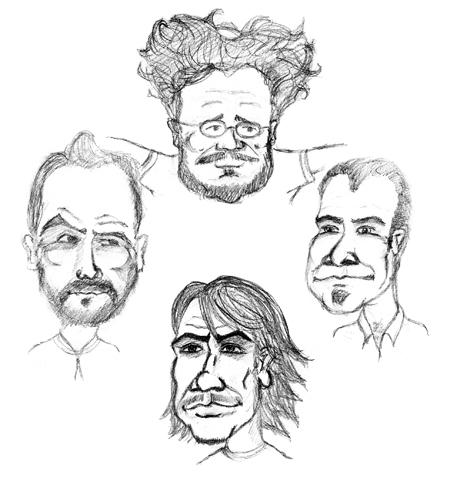 We know well that our senses tend to play with it
some bad jokes. Either way, sometimes we are still surprised by seeing
how much they can get to be inaccurate and manipulable. This is the case of the optical illusion of grotesque faces. To have a proof it is enough to observe this
video staring into the central cross. Surely you have perceived that, after a few frames,
faces start to distort until they turn into caricatures. However, none of these images have been manipulated
although obviously the degree of distortion will be greater in those faces than
they have some distinctive features, such as a prominent chin or a
bulky nose. This distortion is called the “illusion of faces
grotesque "and was described for the first time in 2011 by some
psychologists from the University of Queensland.
There are three essential factors for this illusion to occur: 1. That faces pass very quickly. 2. That the faces are centered; that is, what eyes and nose
of each image are at the same height. 3. That we observe them using vision
peripheral. In fact, if you play this same sequence of
images in a slower way, the effect is less noticeable and if you introduce a
black frame between one image and another, then it disappears completely. But… because our perception deceives us in this
way? The problem lies in the innate tendency to
interpret reality by making comparisons. This means seeing a
new pair of faces, our brain compares them with the previous pair
highlighting the most different traits. In short, if we first saw a face
with small nose and the following has a prominent nose, the latter
it will acquire even greater proportions until it becomes a caricature. It should be emphasized that this curious illusion has its own
roots in an experiment developed in 2010. According to this study, when
we see distorted faces for a few seconds, afterwards we have a tendency to
see happy, sad, longer or wider faces even when in reality they are
it's about neutral faces. In short, our brain always plays ugly
jokes, more than we are willing to acknowledge.
Emotions: Can You Get A Price? ❯

add a comment of Caricatures: what illusion do they hide?