The Garbage Truck Law: How to avoid ruining our day 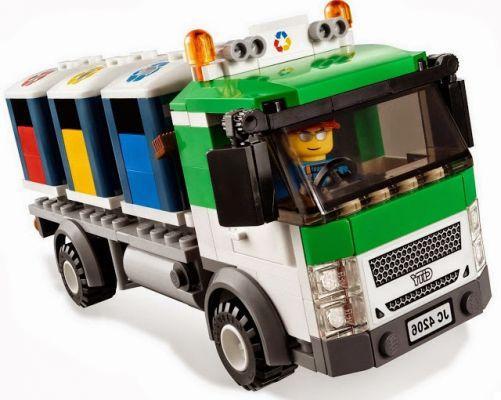 Do you often wake up full of energy, thinking that today everything is possible and as soon as you step outside the house you meet people who ruin your day? It can be the bus driver or a careless motorcyclist who almost runs over you or your boss… well, there is always someone willing to ruin your happy day.

In this regard, I want to recall a story by David J. Pollay. The reporter says that one day he was in a hurry and the train he usually took was half an hour late so he didn't think twice and took a taxi. As the taxi was trying to leave the fast lane, a car came out of nowhere and the driver suddenly had to brake.

After a few seconds that seemed eternal to David, the taxi finally stopped and, for a few inches, there was no accident. However, the story didn't end there. The driver of the car, even if he was not right, got out of the car ready to start a discussion with the taxi driver. David could not believe it, instead of apologizing, he accused the driver and adopted a very aggressive attitude.

It all threatened to turn into a heavy fight, so he realized he couldn't get there in time for the meeting. But the angry taxi driver smiled, greeted the driver of the other car, and resumed driving. David couldn't believe his eyes and asked him how he could have acted with such coolness. The taxi driver later gave him a lesson that will serve as inspiration for his book and to establish the "Garbage Truck Law".

The driver explained to him that many people are like garbage trucks, because they roam free around the world full of "waste", understood as: anger, frustration, dissatisfaction ... The greater the amount of garbage they accumulate, the greater the feeling of need to find a place to download it. So if we let them, they'll dump all that junk on us and ruin our day.


What to do when someone tries to ruin our day?

By now you will have understood that when a person tries to attack you or to ruin your day, it is because he carries with him a heavy emotional burden that he tries to unload somewhere. But the good news is that you can decide whether to take charge of these negative emotions or, conversely, move on.

Surely at this moment you are remembering some people with whom you interact frequently and who behave like "garbage trucks". In fact, this is the first step to avoid ruining your day, because once you have identified who these people are you will be able to pay attention to their behavior and prevent them from taking all their problems on you. We already know the saying: "Foretold war does not kill soldiers".

The same goes for the television programs that ruin our day, the ones that normally put us in a bad mood because people shout and insult each other. It would be desirable to also categorize these programs as: "garbage truck" so as to avoid them.

When these people try to dump their emotional "junk" on you, respond to them calmly, calmly and without raising your voice. We know, it is difficult, especially the first few times, but slowly you will get a taste for it and it will come so natural to you that you will wonder why before you got angry for such futile things.

The law of consistency ❯

add a comment of The Garbage Truck Law: How to avoid ruining our day