The forgotten varieties of banana

In all these centuries, the types of bananas considered best in terms of flavor and yield have been selected, up to the present time when the only banana readily available is the so-called Cavendish, now unable to reproduce naturally.

But let's start from origins of the banana and then see its varieties.

A bit of banana history

Currently, banana cultivation is widespread in more than a hundred different countries, but its ancient origins date back totropical area represented by Northern Australia and Indonesia, although it seems that the first attempts to cultivate the plant took place in New Guinea, in the center of that area.

The ancient Malaysian and Indian empires, dedicated to trade with the peoples of the Indonesian areas, made it possible to make the fruit more and more known to the West, until it attracted the interest of Arab traders, who loved to exchange it for dates and call it "banan" , or "finger".

Thanks to the Arabs, the fruit was introduced in the Mediterranean area and in the rest of Africa. The European peoples fell in love with this fruit and decided to take it with them in South America, where he found a great new home.

Did you know that banana leaves are also used in tasty recipes?

Bananas of the genus Musa

As mentioned, we can almost exclusively find Cavendish on the market, but this is certainly not the only banana in existence. They exist in fact very many species of the genus Musa, many of them mostly used for textile fiber, to produce alcohol or for feed animals.


Most edible bananas pleasing to the man are hybrids intermediate between the Musa acuminata, to which the classic sweet bananas belong although it still has the seeds, and the Musa balbisiana, with dark, tough fruits, rich in seeds similar to peppercorns and hard as stones, dangerous for the teeth.

The grade commercial bananas they belong to the hybrid called Muse paradisiaca, but another interesting hybrid is the banana Fehi, originally from French Polynesia and highly appreciated in China: the appearance is more similar to that of a small mango and is very rich in provitamin A.

Traveling a little around the world we will discover different bananas with different tastes, sometimes exquisite: the various red bananas, plane, the bananiti, the square bananas, the sweets latundan of the Philippines. 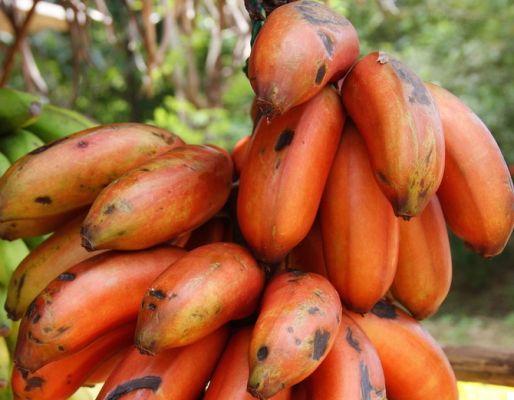 What happened to the "other" bananas?

You will certainly have noticed that there are no seeds in the Cavendish bananas you buy, and that to find one you would have to go to countries like Thailand, Cambodia, Brunei, Indonesia or Papua New Guinea (and even here you will have to work hard and have a bit of luck to find them).

This is the sign of a 'exasperated natural selection aimed only at finding the perfect banana to profitBut the ideal banana for profit is not necessarily the most suitable banana to survive.


In fact, the genetic deficiency due to the little use of different varieties from Cavendish led to a genetic weakness which makes this species totally unprepared to face the so-called "Panama Disease", yet pathogen able to destroy entire banana plantations without them having a chance to defend themselves. The absence of seeds in this variety means that once all the current plants have died it will be impossible to recover them, risking extinction.


But what happened to all the other varieties? They have simply been placed in a canton, in disuse, perhaps only because they ripen too early, or because they are too small and irregular, or because of too strong a taste. This must remind us that the secret of genetic strength always lies in mixing, variety and change, and never in uniformity and isolation. 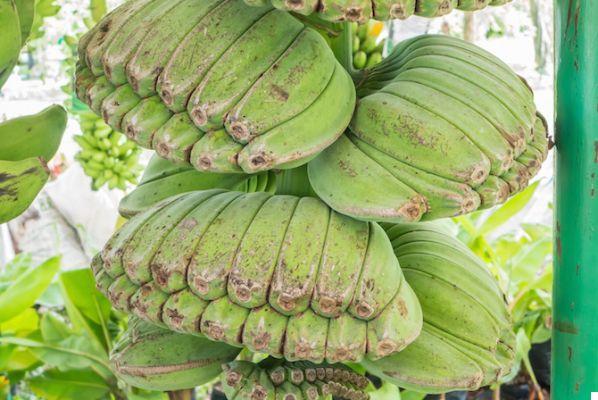 A few recipes with bananas

Finally, let's see how to use our bananas, also and plane trees, which we find more and more easily in ethnic markets and shops.

Basically it is a sweet bread, like pancakes, for which we will mix bananas with flour (200 g) instead of eggs (one banana replaces two eggs) adding margarine (100 g) and baking powder. Add flavors to taste: cinnamon, vanilla, cardamom, cocoa ... and put in the oven for an hour at 180 degrees. 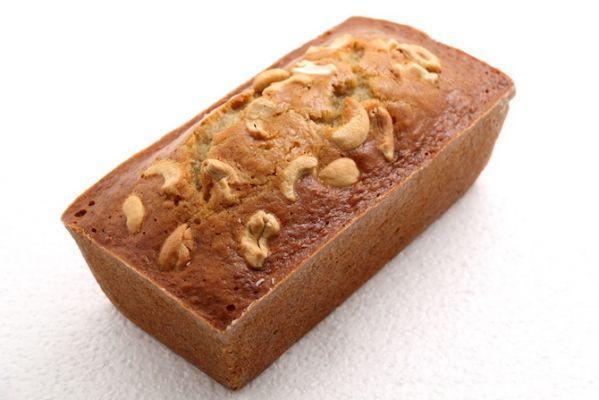 Peel the ripe bananas (preferably small bananas) and mix the pulp with that of the dates in a ratio of 1 to 2. We will work the two fruits until you get a cream that is easy to shape. To achieve this, we can add grains of some seeds such as walnut, cashew, etc.

Then shape the balls of 2 or 3 cm in diameter which we will then pass in the cocoa powder. 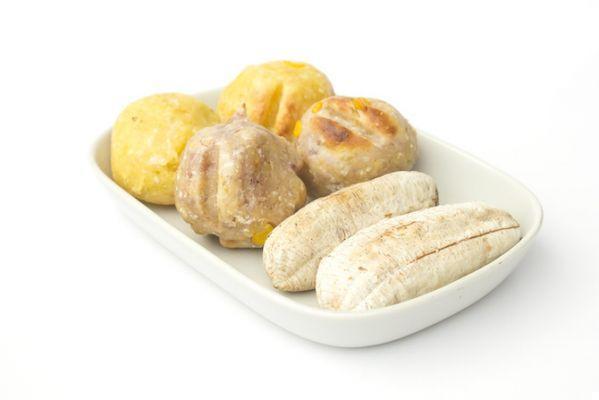 Buy gods plane trees still green and peel them with a potato peeler until you get to the firm pulp. Cut thin chips diagonally, so that you have elongated chips. In a pan, heat some coconut oil before cooking the chips for a minute or so.

Add some salt at the end, preferably pink Himalayan salt. 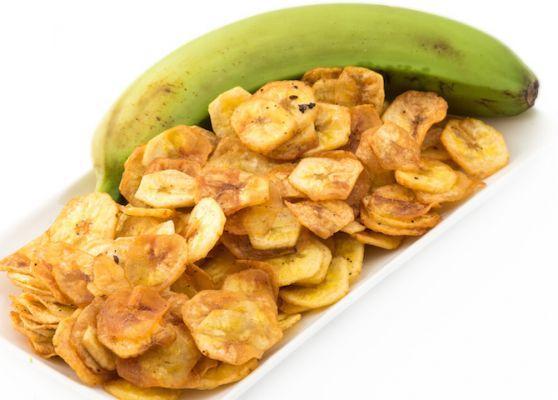 Banana, fruit for all seasons

Audio Video The forgotten varieties of banana
Walnut flour: 3 recipes and where to buy it ❯

add a comment of The forgotten varieties of banana