Today in the United States it is the Thanksgiving Day and the US Department of Agriculture has estimated that well 47 million turkeys they will be cooked for what can be considered the party most felt by Americans. Yesterday at the White House, as usual, one of them received the "presidential pardonAnd will spend the rest of his life on a farm with the other survivors "forgiven" by former presidents, a practice introduced in 1947 by Harry Truman. For all the other turkeys, however, there will be no escape, the oven and the famous blueberry sauce await them.

Il Tanksgiving Day is a recurrence dating back to 1621 day when the Pilgrim Fathers, who arrived in America after leaving England in search of religious freedom, shared the fruits of the harvest with the Native Americans who had helped them to survive in the New World and taught them to raise an animal they had never seen before: the turkey. It was in 1863 that President Abraham Lincoln made Thanksgiving a national holiday and decided that it should be celebrated every fourth Thursday in November. And what better way than to always eat that famous, but also mysterious animal?

A tradition that has lasted for years, therefore, but which is becoming more and more object of criticism of animal rights movements and the promoters of vegetarian diets. From PETA, the well-known movement for the ethical treatment of animals that is stoically striving to persuade Americans to change the Thanksgiving menu for a less gory one. 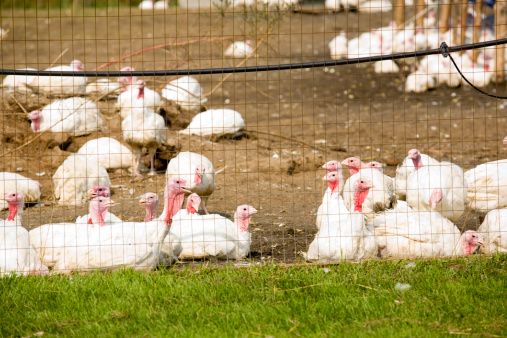 "If you are eating a turkey, you have a corpse on the table" you can read on the website of the association that published for the occasion i 10 reasons not to eat turkey on this anniversary.